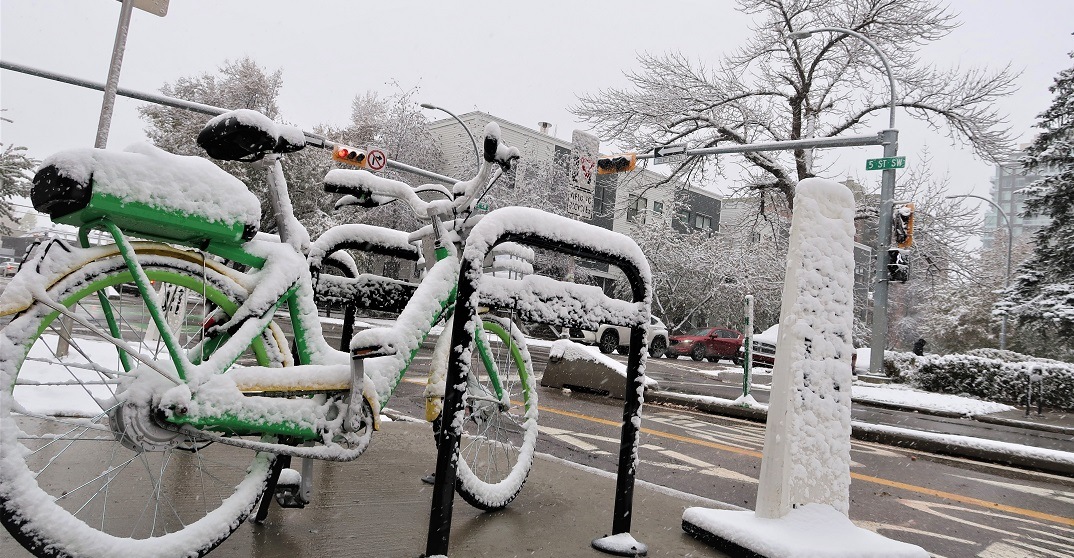 Those bright green electricity-assisted bikes that have been seen around the city over the past year won’t be making a return once the winter snows subside, according to a spokesperson from Lime.

While both the company’s bikes and scooters went into hibernation over the winter — along with Calgary’s other e-scooter company, Bird — only the scooters will return come springtime, as Calgary riders seem to have preferred the bikes.

“Every Lime community is unique to the riders that live and work there,” said a statement from Lime.

“In Calgary, Lime riders are overwhelmingly choosing Lime scooters as their preferred mode of transportation. In the spring, we plan to return to Calgary with our scooter fleet and will discontinue providing our e-bikes.”

Lime e-bikes were first introduced to Calgary back in November 2018 as part of the city’s bike share program, which had approved the electric-assist bicycles to be used by Calgarians and visitors alike.

Lime and Bird scooters followed up in the summer of 2019, bringing over 1,000 shared electric scooters to the city.

The bikes and scooters all went into hibernation as of November 1, and the scooters are expected to return once the snow and ice are gone in the spring, according to a tweet from the City of Calgary.

The city also launched an online survey to get the public’s feedback on their shared electric scooter pilot project.

“Citizen and business feedback will be used to help inform future improvements to the pilot and ultimately help determine if shared mobility services, such as scooter share, will be implemented permanently,” said Andrew Sedor, business development coordinator with the City of Calgary, in a release.

The feedback will influence whether or not council approves the scooters staying around the city permanently at the end of the pilot project.

Here are a few of the responses Calgarians offered regarding why they choose scooters over Lime bicycles:

Question: Why would you choose a scooter over a bicycle? (“other” responses)