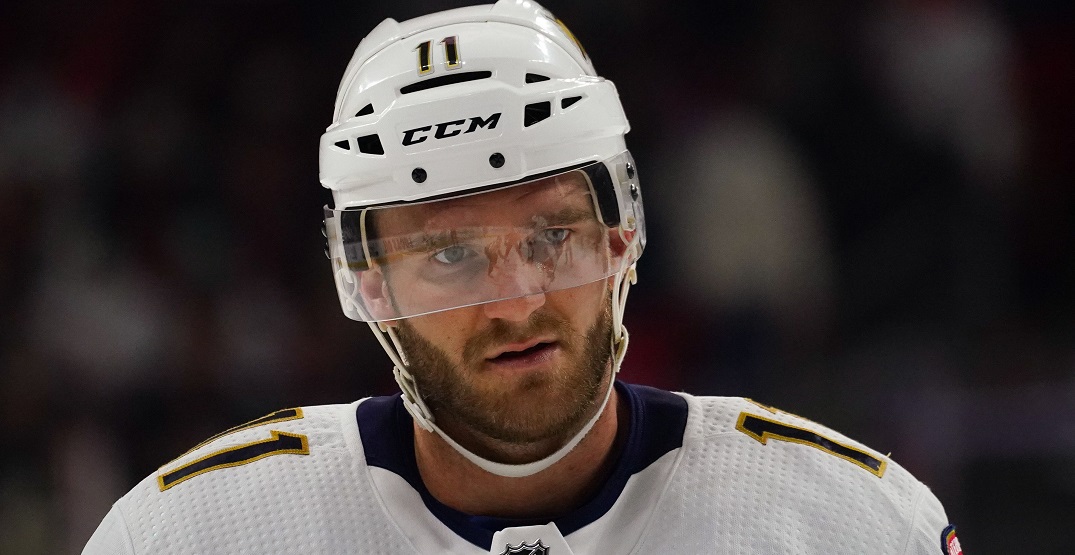 If his eight-year contract extension didn’t do the talking for him, Jonathan Huberdeau made things pretty clear on Friday: he’s excited to play for the Calgary Flames for a long time.

Huberdeau signed the richest contract in franchise history on Thursday night, inking an eight-year deal worth $84 million, or an annual average value of $10.5 million. He found his way to Calgary last month by way of a blockbuster trade (along with Mackenzie Weegar) in exchange for Matthew Tkachuk.

“We want to win now,” Huberdeau added. “I think at the age I’m at you know, I’ve been through a lot and right now, I think that’s the fit was really [strong,] we have a good coach and good players… I’m going to give everything I have to win a Stanley Cup.”

Talking about coach Darryl Sutter specifically, Huberdeau said he’d had a few chats with him since joining the Flames.

“We’re gonna get to know each other,” Huberdeau said of his relationship with Sutter. “And like I said, I’m most excited to work for him. I think we have a great chance to win. I think that’s the perfect fit for me as coach.”

And as for his dinner in Montreal with Flames GM Brad Treliving last week? Well, that was helpful in helping Huberdeau figure out where he’d like to live and more about the Calgary culture.

“He talked so highly about the city that made me so excited to play there,” he said.

Huberdeau was also asked if he’d recruited Weegar to stick around long-term, as he’s currently slated to hit free agency next summer.

“Hopefully he signs too,” Huberdeau added.