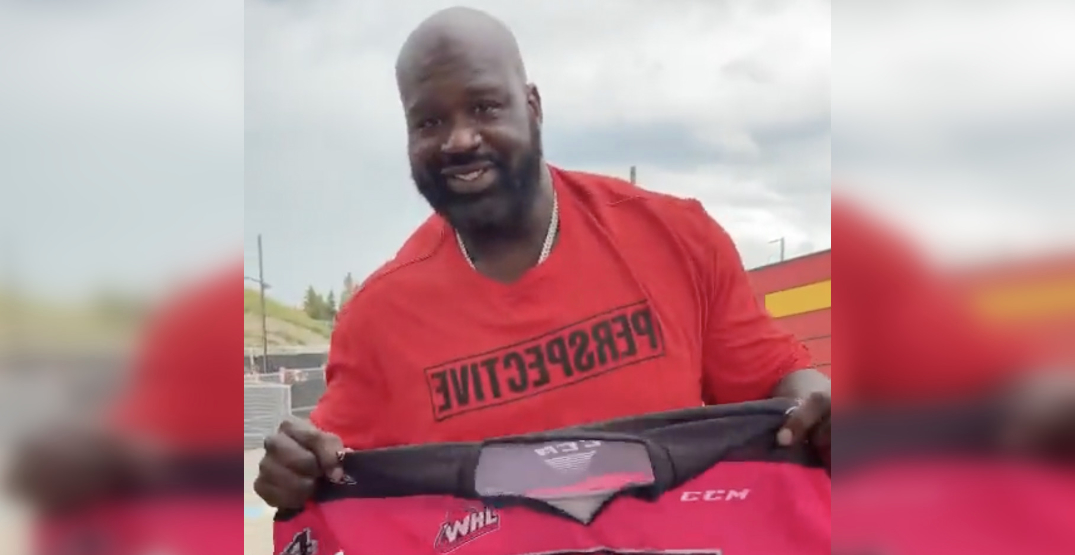 DJ Diesel is now the owner of a Shaq-sized Calgary Hitmen jersey.

Shaquille O’Neal, who was in Calgary performing as alter-ego DJ Diesel earlier in the week at Chasing Summer Festival held at Max Bell Centre Festival Grounds, was presented a custom-made Hitmen jersey to fit the frame of the 7’1″, 325-pound former NBA great.

Shaq was presented the jersey by Harvey Cohen, VP of Live Nation, who is also the creator and talent booker of Chasing Summer.

It was the largest jersey the team had.

The idea for a jersey, which sports the name “Diesel” and Shaq’s traditional No. 34, came from one of Bret “Hitman” Hart’s sons. The name of the Western Hockey League club is an homage to Hart, a five-time WWF Champion and a two-time WCW World Heavyweight Champion.

Shaq, who has made numerous appearances in each of World Wrestling Entertainment, World Championship Wrestling, and All Elite Wrestling, could just be a Hart fan.

According to Essentially Sports, he once marked out for the Hitman during a commercial shoot with Hulk Hogan.