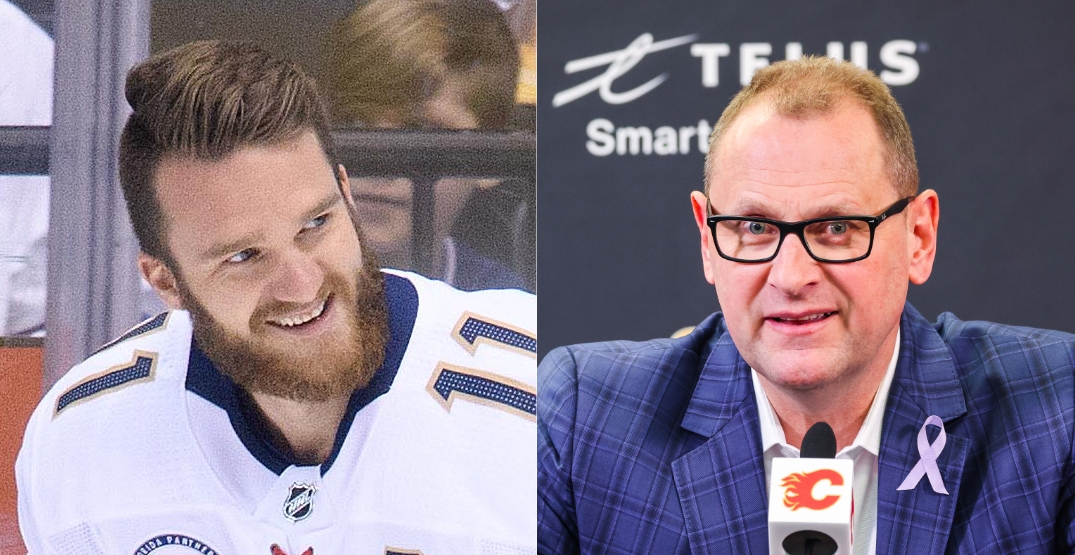 Treliving, whose Flames lost Johnny Gaudreau to unrestricted free agency before Matthew Tkachuk indicated he wouldn’t sign a long-term deal in Calgary, flew to Montreal to have dinner with Huberdeau as a form of organizational introduction with his newest forward.

In other words, it was a “get-to-know-you” dinner, according to Elliotte Friedman of Sportsnet.

Apparently, CAL GM Brad Treliving and newly-acquired Jonathan Huberdeau had a “get-to-know-you” dinner tonight in Montreal. The two wanted to meet in-person, and made it happen.

“Jonathan Huberdeau had a very nice dinner tonight in Montreal with Calgary GM Brad Treliving,” Allan Walsh, Huberdeau’s agent, tweeted Monday. “Kudos to Brad for coming out to Montreal to meet with Jonathan so they could spend some time together, getting to know each other.”

Huberdeau, who was acquired alongside defenceman MacKenzie Weeger, prospect Cole Schwindt, and a conditional first-round pick in exchange for Tkachuk nearly two weeks ago, finished tied for second in NHL scoring with Gaudreau at 115 points (30 goals, 85 assists). His helper total was an NHL single-season record for assists by a left-winger.

His six-year, $34.5 million contract is set to expire at season’s end and, naturally, he’ll earn a hefty raise after scoring at over a point-per-game pace over the past four seasons.

Since the start of the 2018-19 season, Huberdeau sits fourth overall in NHL scoring with 346 points (103 goals, 243 assists) in 286 games. His point total trails only Connor McDavid, Leon Draisaitl, and Patrick Kane.

Jonathan Huberdeau had a very nice dinner tonight in Montreal with Calgary GM Brad Treliving. Kudos to Brad for coming out to Montreal to meet with Jonathan so they could spend some time together, getting to know each other.

The 29-year-old said in his introductory press conference to media last week that he’d be open to a long-term extension with the Flames.

“We’ve never really talked about that, but I’m open to staying in Calgary for a long time,” said Huberdeau, who will wear No. 10 with the Flames. “We’ve only been there 48 hours and we haven’t got to go to Calgary and see everything, but I’m open for it and I’ll kind of leave that to the GM and the agent. They already started talking about it.

“We’ll see what’s going to happen. I’m open for sure.”