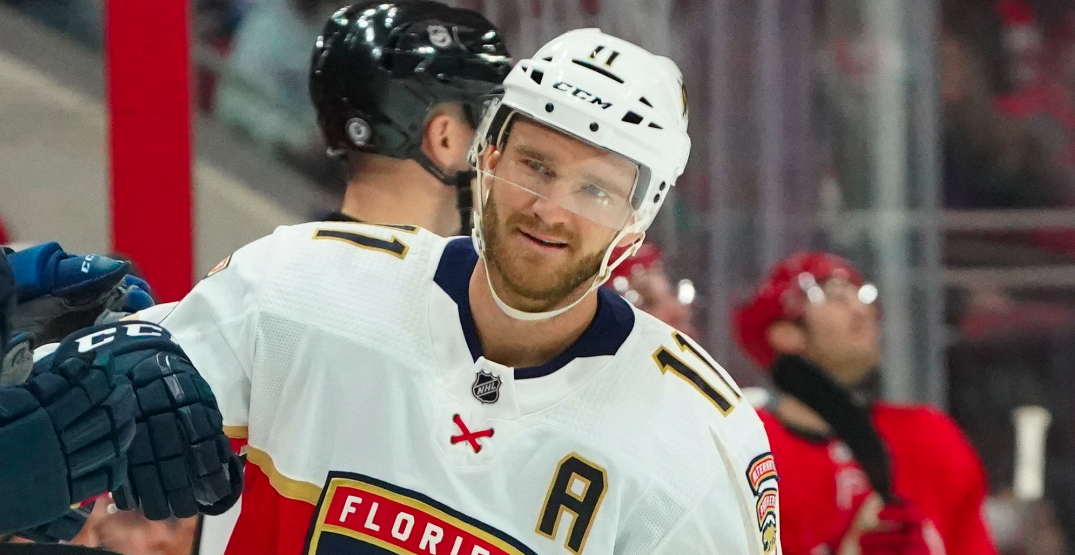 The Flames announced on Thursday night they’d signed Huberdeau on an eight-year contract worth $10.5 million per season, for a total of $84 million.

“We are excited to extend Jonathan long term in Calgary,” said Flames general manager Brad Treliving. “He is an elite player, one of the premier forwards in the league who makes players around him better. We look forward to welcoming Jonathan to our community and his contributions to our team’s success.”

Huberdeau, of course, was brought into Calgary as part of the return for Matthew Tkachuk earlier this summer. And after a seemingly productive dinner with Treliving in Montreal earlier this week, is set to stick around in Alberta for a long, long period of time.

“I’m thrilled to be part of the Calgary Flames organization long-term,” Huberdeau said. “I’m excited for this new chapter and I am committed to this team. I’ll give everything I have, on and off the ice and I can’t wait to play in front of the passionate Flames fans.”

Huberdeau played 10 seasons for the Panthers prior to the trade this past season. He has 198 goals and 415 assists in 671 NHL games.