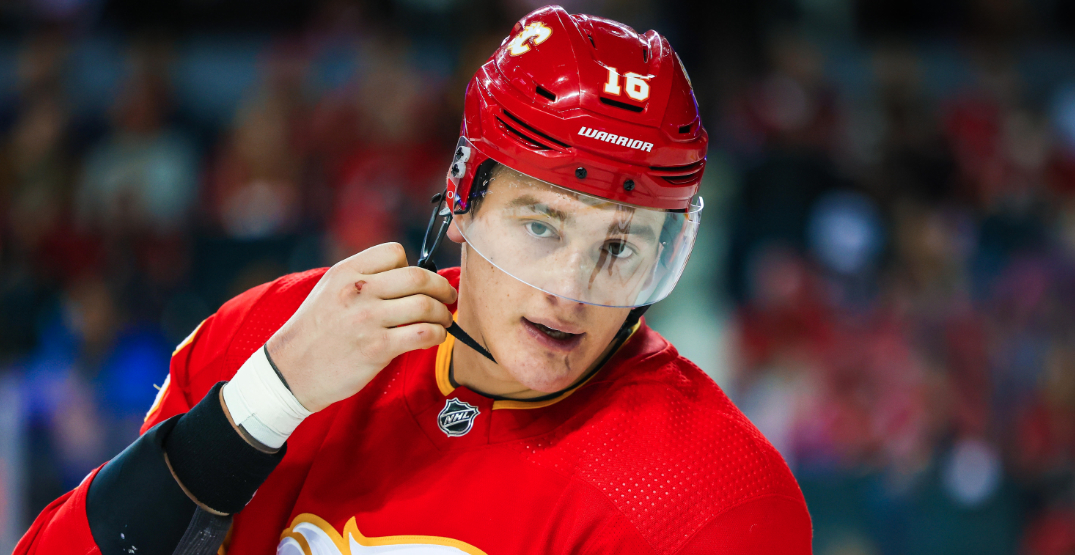 Nikita Zadorov won’t miss a critical Game 7 of the Calgary Flames’ opening-round series against the Dallas Stars after he avoided suspension Saturday.

Zadorov, who had a hearing with NHL Player Safety earlier Saturday, was questionable after an illegal check to the head of Stars forward Luke Glendening prompted a talk with the league.

(2/2) While there was significant head contact on this play, Zadorov took a proper angle of approach, did not extend outward or upward, and hit through Glendening’s core. Therefore, under Rule 48.1 (i), the head contact was determined to be unavoidable.

“After thoroughly reviewing all available video and following a telephone hearing today, the Department of Player Safety has determined that there will be no supplemental discipline assessed to Calgary’s Nikita Zadorov for his hit against Dallas’ Luke Glendening,” the league wrote in a release.

Zadorov, who stands at 6’5″, hit Glendening high early in the second period of an eventual 4-2 loss in Game 6 that will force a do-or-die finale at the Saddledome on Sunday.

No penalty was assessed on the play.

“It was a hockey play,” Flames coach Darryl Sutter told media Saturday. “I totally disagree there should be a hearing when there has been slew-foots in this series.”

Glendening cleared concussion protocol Friday but sustained a lower-body injury on the hit, according to Stars reporter Mike Heika.

The heated series has seen plenty of penalties, and a pair of fines to Stars forward Jamie Benn.

Zadorov has two assists and a +1 rating in six games in the series. He’s averaging 16:26 of ice time per game.

Game 7 goes Sunday at the Saddledome.