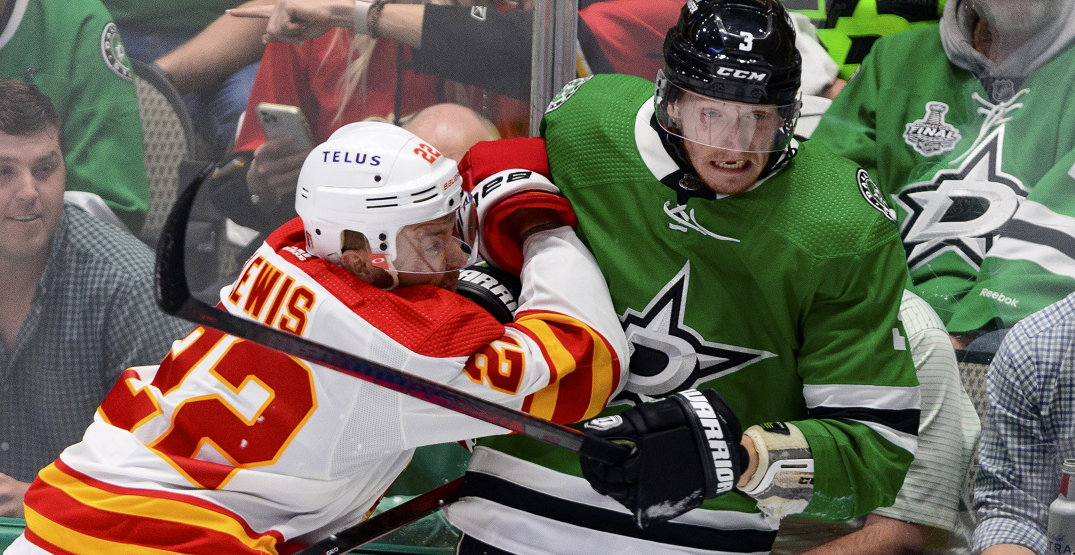 After a 111-point season that saw them finish in first place in the Pacific Division, the Calgary Flames will be facing elimination in the first round of the playoffs on Sunday. The Dallas Stars forced a Game 7 back in Calgary with a 4-2 win in Game 6 at American Airlines Center on Friday.

Miro Heiskanen scored what stood up as the game-winning goal with under three minutes remaining in the second period.

The Stars struck first in this one with just over five minutes remaining in the first period when Roope Hintz snuck a shot under the pad of Jacob Markstrom.

Just over six minutes into the second period, Michael Raffl made it 2-0. Though Markstrom made the save on Raffl’s breakaway attempt, the puck ended up going in off of Chris Tanev’s glove.

Michael Stone responded for the Flames just over two minutes later, though. The defenceman joined the rush and put home a nice pass from Johnny Gaudreau.

Gaudreau ➡️ Stone and the @NHLFlames are within a goal. 🔥#StanleyCup | #FireItUp pic.twitter.com/282n5O1DAo

Less than four minutes later, Mikael Backlund tied the game at 2-2 just as a Calgary power play was expiring. Jake Oettinger made a blocker save on Backlund’s one-timer, but the rebound hit Heiskanen in front of the net and bounced in.

They battled back from 2-0, but the Flames couldn’t tie it back up again after Heiskanen restored the Stars’ lead. Tyler Seguin added an empty netter in the closing moments of the game to seal it.

Calgary could be down a couple of defencemen for Game 7. Tanev left the game with an undisclosed injury, finishing the night with only 7:47 of ice time. Meanwhile, there’s a chance the Department of Player Safety could take a look at a high hit Nikita Zadorov delivered to Luke Glendening in the second period.

Nikita Zadorov did not get a penalty for this hit on Luke Glendening.

Was this a clean hit or dirty play? 🤔#Flames #TexasHockey pic.twitter.com/OyX1HXk2DD

Game 7 will go from Scotiabank Saddledome at 7:30 PM MT on Sunday. The winner will advance to face the winner of Saturday’s Game 7 between the Edmonton Oilers and Los Angeles Kings in the second round.