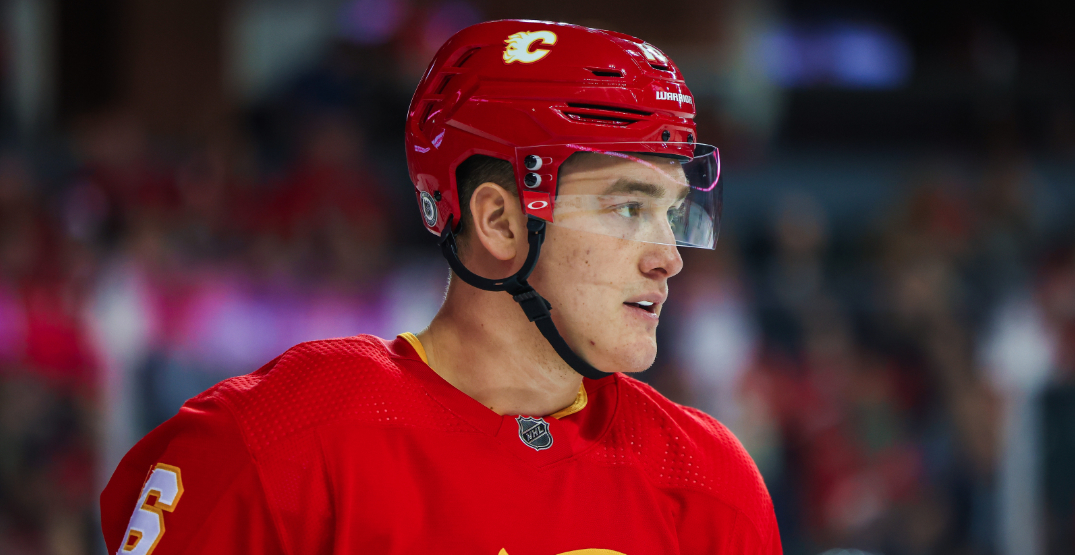 Calgary Flames defenceman Nikita Zadorov will have a hearing for his check to the head of Luke Glendening in Game 6 against the Dallas Stars, the NHL’s Department of Player Safety announced Saturday morning.

Zadorov was not penalized on the play.

Calgary’s Nikita Zadorov will have a hearing today for an Illegal Check to the Head on Dallas’ Luke Glendening.

Zadorov has two assists and a +1 rating in six games in the series. He’s averaging 16:26 of ice time per game.

Calgary could also be without blueliner Christopher Tanev, who left the game with an unspecified injury at 13:36 of the second period. Coach Darryl Sutter did not have an update on his status after the game.