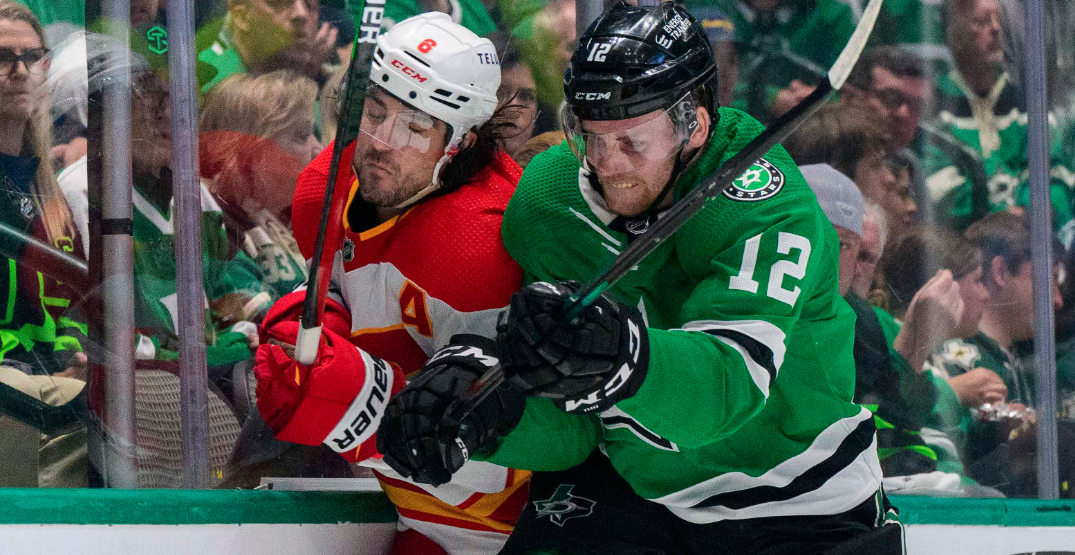 The Calgary Flames could be without Christopher Tanev when they look to close out their opening-round series of the Stanley Cup Playoffs against the Dallas Stars with a do-or-die Game 7 on Sunday.

Tanev sustained an apparent injury on Michael Raffl’s goal to put Dallas up 2-0 in the second period.

“He went down on the second goal and didn’t come back,” Flames coach Darryl Sutter efficiently summarized postgame.

Tanev is third amongst blueliners in ice time in the playoffs, averaging 19:11 of ice time per game. That includes a diminished role in Game 6 after sustaining the injury. Tanev played two shifts for a total of 1:04 after getting hurt.

He has no points and an even rating in the series, and 28 points (six goals, 22 assists) and averaged 20:28 of ice — third-most on the team — while playing all 82 games in the regular season.

“It just means everybody has to step up and try to do the things that he does, and he does a lot for this hockey team,” Flames rearguard Michael Stone said. “It’s going to take six guys to step up and contribute.

The loss of Tanev could be catastrophic for Calgary’s blue line.

Making matters worse, the Flames could also be without defenceman Nikita Zadorov, who is likely to face supplemental discipline for his hit on Stars forward Luke Glendening in Game 6.

Calgary hosts Dallas at the Saddledome for Game 7. Puck drop is 7:30 pm MT.