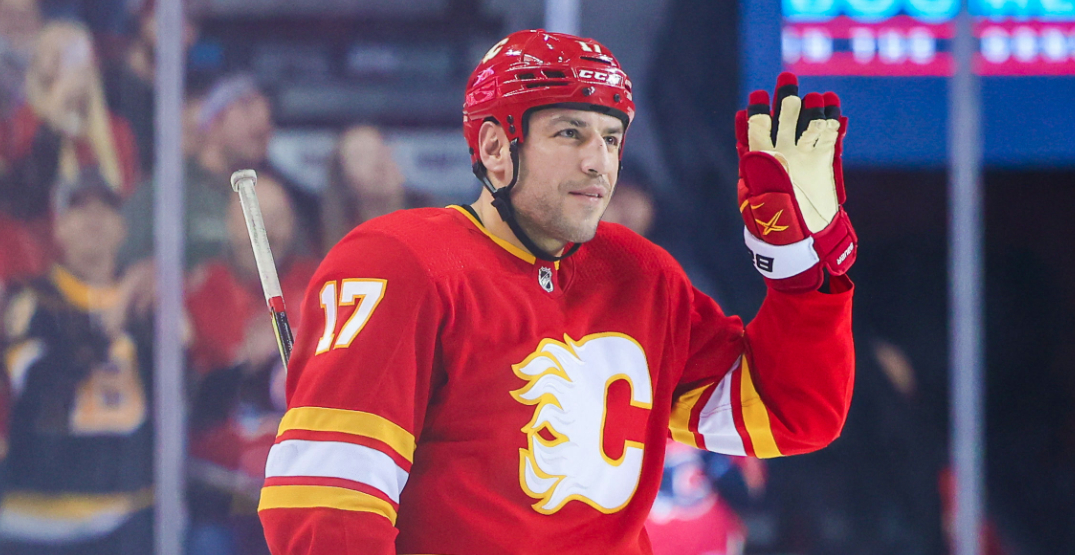 The Calgary Flames are taking your requests.

Song requests, that is.

The Flames took to Twitter on Thursday afternoon, asking fans to submit their music requests to be played against the Ottawa Senators tonight in what serves as Calgary’s first home game in over a month.

We need your help tonight – we're turning the keys over to you for most of our music choices!

Have a song you want to hear in between plays or during intermission? Use the hashtag #FlamesDJ with your requests and we'll try to get them during the game! pic.twitter.com/41xMvnaSI1

The Flames are “turning the keys over to you for most of our music choices,” according to the tweet. Fans can submit their requests on Twitter via the hashtag #FlamesDJ.

Some of the requests include dusty favourites like “Cotton Eye Joe” by Rednex and “MMMBop” by Hanson.

There was also one request for some Kodak Black.

Kodak Black seems to have an impact in NHL arenas #FlamesDJ

Calgary, who has played an NHL-low 11 home dates this season, hasn’t skated at the Saddledome since a 4-2 loss against the Boston Bruins on December 11.

When they have played in Calgary, it hasn’t been an overly hospitable place for the home side. The Flames, who are an impressive 13-7-2 on the road this season, have taken just 12 of a possible 22 points on home ice this season, and no team has fewer wins.

Calgary will also return to action at the Saddledome with 50% capacity and no food or drink service to comply with provincial health regulations.

“The fans are going to make up for it,” Calgary forward Dillon Dube said earlier Thursday. “We’ve got great fans here that bring the energy for us, and 50% is a lot better than an empty building.

“Compared to last year, we still brought energy in an empty building, so anything we can have from our fans, we feed off it. We’re happy to have them in the stands and being able to play in front of them.

“They’re going to make sure it feels like a full building.”

The tunes should help just a little bit, too.