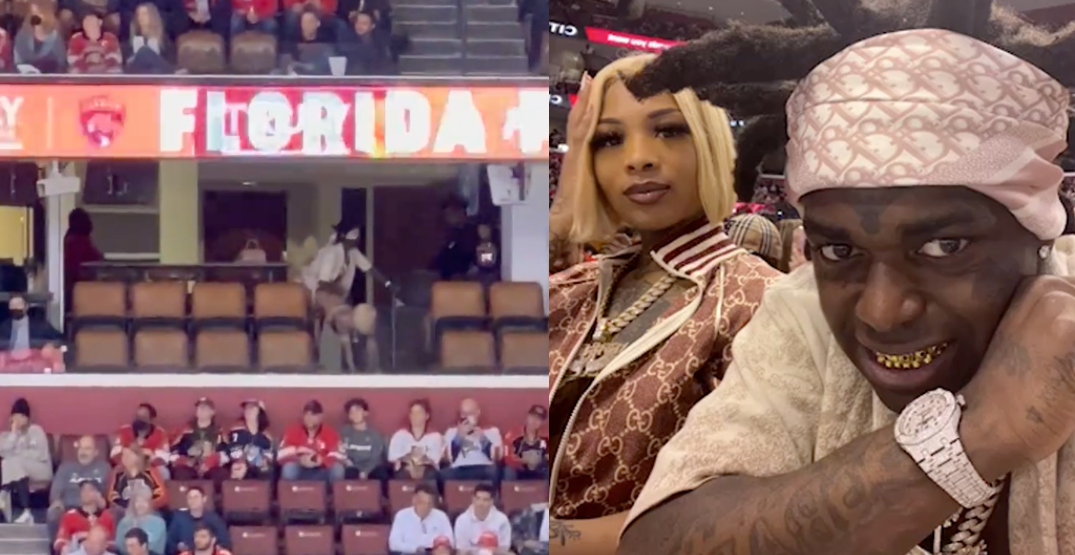 Well, that’s one way to enjoy a hockey game.

He watched much of the game from the front row, alongside a female companion. By all accounts, a good time was had by all.

They appeared to have a lot more fun in a private suite.

Because you see, that’s when romance filled the air.

In the neighbouring luxury box to the Panthers management team, where GM Bill Zito and Roberto Luongo were sitting.

I think Kodak found something better to do at the Panthers game pic.twitter.com/oZlUn06tt3

“I think Kodak found something better to do at the Panthers game,” said Twitter user @David954FLA.

The season ticket holder later tweeted “I know they weren’t having sex,” but that’s what it sure looks like to many.

The video has been shared all over Twitter, with many providing their own commentary.

PA announcer: please keep your eyes on the puck at all times

It does appear that everyone’s clothes stayed on.

Kodak Black was not having sex @ a hockey game guys. Just a lil dancing. pic.twitter.com/iyRUO0UsEM

Here’s the video Kodak shared earlier in the night.