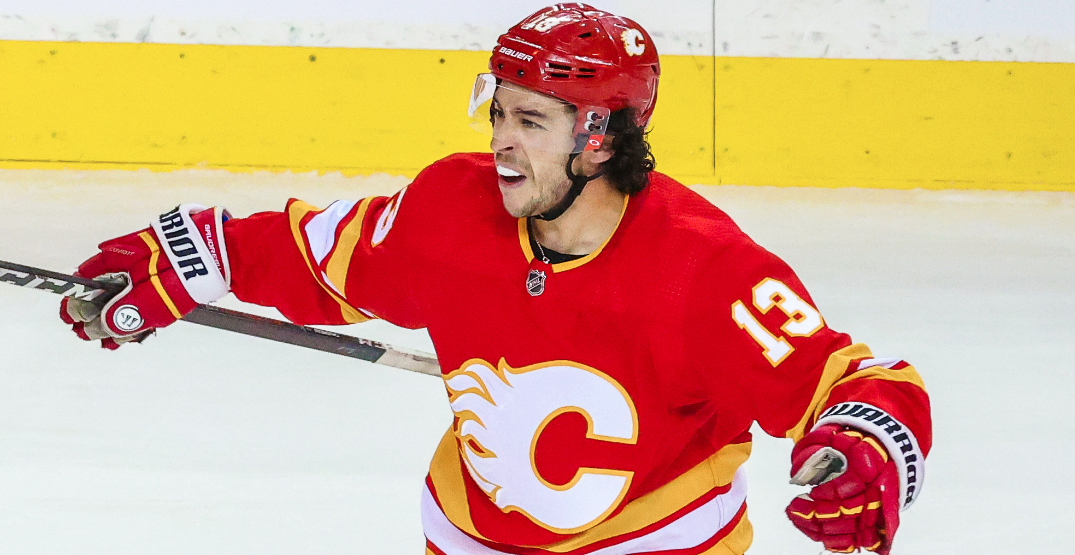 But not a Hart nomination.

Gaudreau, who tied for second in NHL scoring with a career-high 115 points (40 goals, 75 assists), wasn’t among the three names nominated for the Hart Memorial Trophy, given annually to the player “adjudged to be the most valuable to his team.”

“I guess I’m biased because I see him all the time, but he’s definitely one of the best players in the NHL,” Calgary forward Blake Coleman said Thursday. “He’s what you buy tickets to watch. He’s one of those players that’s just so dynamic and he puts butts in seats. The season he had is incredible, obviously. I think Johnny would be the first to tell you he’d trade the Hart for a Cup any day, so we’ll go with that.”

The 5-foot-9, 165-pound winger was only outscored this season by Connor McDavid of the Edmonton Oilers.

But he wasn’t alongside McDavid, Auston Matthews of the Toronto Maple Leafs, and Igor Shesterkin of the New York Rangers when the awards nomination dropped Thursday.

Nominees are decided by a vote of the Professional Hockey Writers Association members, with the top three vote-getters designated as finalists.

Yet no player had more even-strength points than the Flames forward this season, who racked up an incredible 34 goals and 56 assists in non-power play damage. By comparison, McDavid — outscored Gaudreau by eight points overall — had 12 fewer points at even-strength.

The Flames, of course, captured the Pacific Division in a walk, hitting 50 wins and clearing the Oilers by seven points. Calgary, who clinched the division with two weeks remaining in the regular season, enjoyed its second-most successful regular season in franchise history behind only the 1988-89 campaign that saw them win their first and only Stanley Cup.

Gaudreau was the biggest catalyst to that result, which bucked preseason expectations that the Flames would flounder to either a third-place or wild card finish.

Instead, they’ve been deemed playoff favourites.

That’s in large part to the dynamic play of the former Lady Byng Memorial Trophy winner.

And it goes both ways. It’s not just the offence that Gaudreau brought, but a two-way blend of checking not typically demanded of a top scorer.

So while the three nominees are certainly deserving, another one was, too.

“Obviously he’s been so good for us,” Flames defenceman Christopher Tanev said. “In our mind he is, for sure. He’s done whatever’s asked of him and gone above and beyond to help this team get to where we are right now.”

But that won’t take away from what Gaudreau accomplished in 2021-22.

And what he hopes to still accomplish this spring.