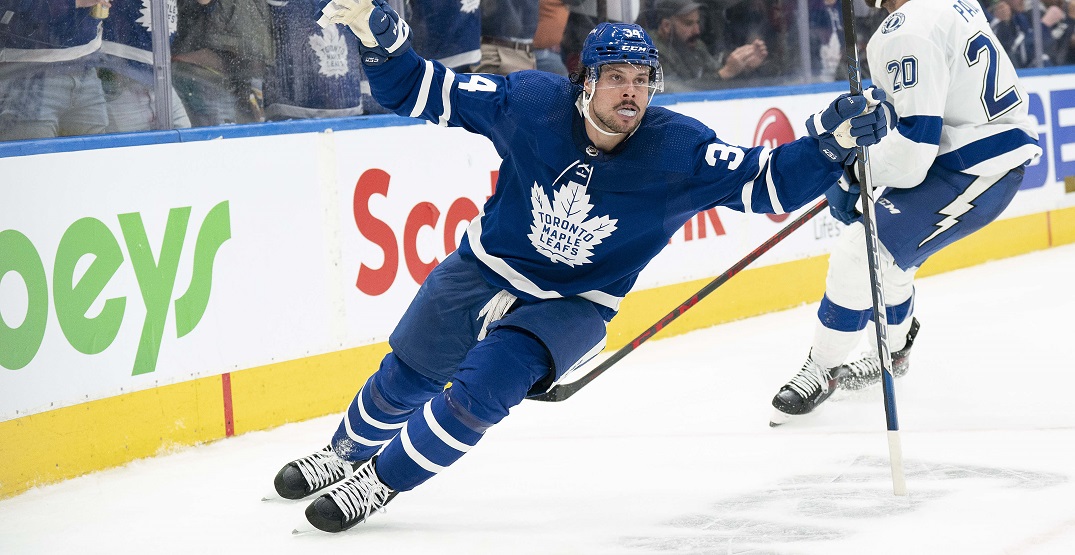 Auston Matthews is a Hart Trophy nominee once again.

After Matthews had one of the greatest seasons in Leafs history, it’s no surprise that the 24-year-old American centre found himself nominated for the NHL’s Most Valuable Player award for the second year in a row.

In 73 games, Matthews scored 60 goals while adding 46 assists for a total of 106 points. All three categories were career highs, with the goal mark setting records for both the highest single-season total by a Leaf as well as by an American-born player.

Matthews is the second Leaf in as many days to be nominated for a major award. On Wednesday, Toronto forward (and Matthews’ frequent linemate) Michael Bunting was named as one of three nominees for the Calder Trophy as NHL rookie of the Year.

The nomination comes hot off the heels of one of Matthews’ most iconic moments in Toronto: a third period, game-winning goal on Tuesday at Scotiabank Arena to give his Leafs a 3-2 first round series lead over the Tampa Bay Lightning.

The awards are to be announced at an unspecified date in June.