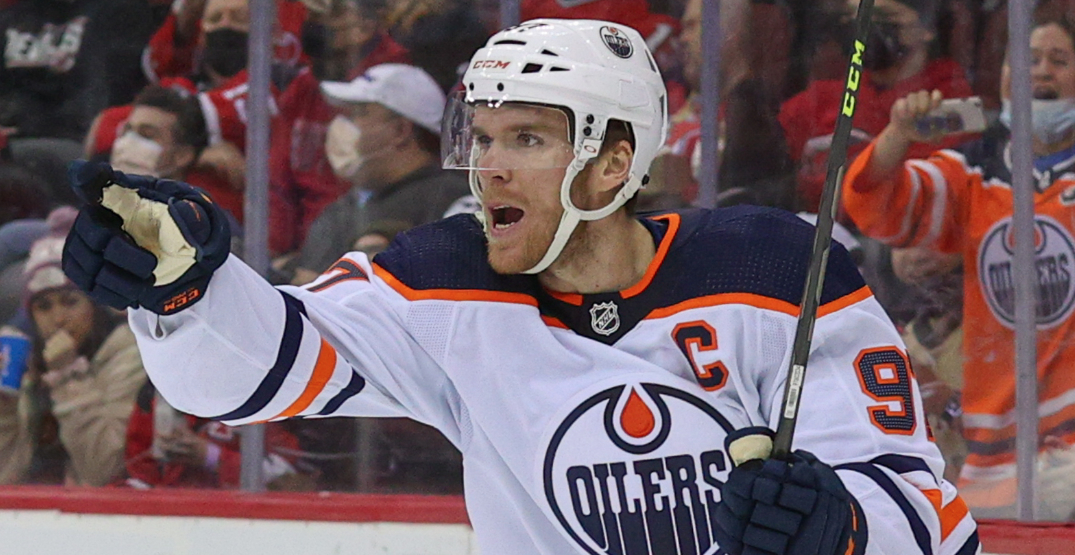 Connor McDavid is a Hart Trophy nominee once again.

Is anyone really surprised? He’s been the most dynamic player in the league pretty much from the second he stepped foot on the ice, and was duly rewarded for it once again.

McDavid was announced today as one of three nominees for the NHL’s MVP after a 44-goal, 79-assist, 123-point season.

“It’s always nice, special to be in that group and category of player,” McDavid told media Thursday.

All three of those were career highs for Edmonton’s captain. McDavid was a human highlight reel just about all season long, including scoring potentially his best ever goal against the New York Rangers in November.

Seven years into his NHL career, Connor McDavid has been nominated for the Hart Trophy for four different years, while finishing top five in votes for six years in a row. (A previous version of this story stated he’d been a top-three nominee six times in a row.)

He’s won the award twice now, including being the unanimous winner a season ago, while putting up 105 points in just 56 games.

“It’s quite clear his impact on our team, on our organization, on our city,” Oilers coach Jay Woodcroft said. “To me, it’s quite clear who the best player in the world is and who has the biggest impact. Everyone else that is up for that award, and now the two nominees for that award have all had fantastic seasons.

“But if you’re asking me who the best player in the world is, I’m glad that I get a front row seat to coach him every night.”

But like any player is likely to tell you, the individual awards barely carry weight when it comes to team success. McDavid’s Oilers are currently down 3-2 against the Los Angeles Kings, and are one game away from elimination out of the NHL playoffs. Game 6 goes tonight at 8 pm MT at Los Angeles’ Crypto.com Arena.