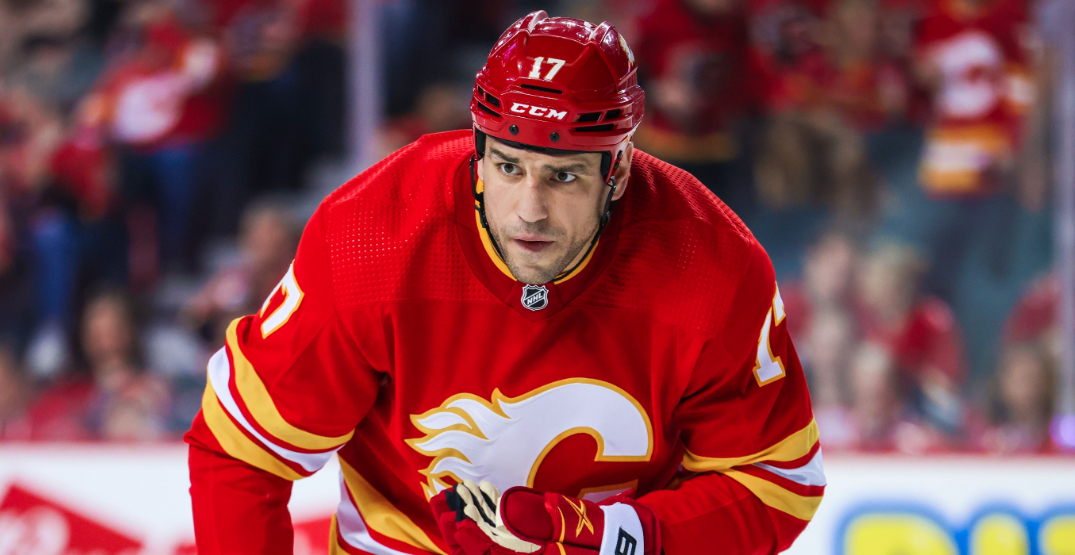 But the action spoke louder than Lucic’s feigned explanation of him taking the opening draw and chatting up the Stars’ centre for several seconds after losing the draw.

The game within the game.

“Honestly, me and [Trevor Lewis] always talk about who’s going to take the faceoffs,” Lucic said Wednesday morning in advance of Game 5. “I’ve took a lot of him when he’s been centre on my strong side. I lost the draw and I was mad I lost the draw and that’s it.”

Milan Lucic was asked this morning is he was surprised Jamie Benn did not take him up on his invitation at the opening faceoff of Game 4. pic.twitter.com/Bie0D6psjE

Nothing about a questionable play the National Hockey League penalized Benn for in Game 3?

Nothing to do with Benn’s comments about Matthew Tkachuk turning down a chance to drop the gloves in advance of Game 4?

“He’s a smart kid,” said Benn, who found Lucic in the faceoff circle at centre ice — apparently that “strong side” — to kick off an eventual 4-1 win for the Flames to even the best-of-7 series at 2-2.

Was Milan Lucic surprised Jamie Benn turned down his offers?
"No."
Why not?
"He's a smart kid” #Flames pic.twitter.com/5tdQFy14rR

Lucic does, however, have plausible deniability on the event in question.

But Benn’s apparently lost the benefit of the doubt in the eyes of the NHL, who offered a pair of slaps on the wrist to the veteran forward.

Benn was fined the maximum $5,000 in Game 4 for a “trip” of Lewis, where it appeared he tried to sweep the left leg of the Calgary forward out from under him as the pair battled for a loose puck.

The bill came some 48 hours after Benn picked up a max $5,000 fine in Game 3 for high-sticking Andrew Mangiapane, poking at Mangiapane’s face through the net with the Flames forward downed in a scrum.

“I mean, he’s made some plays that’s cost him some money,” Lucic said. “He’s a guy that plays with emotion. I know it’s not going to put that much of a dent in his pocket with the two fines.

“But right now, we’re just worried about what we have to do to win Game 5 tonight.”

The pivotal affair gets underway at 7:30 pm MT.