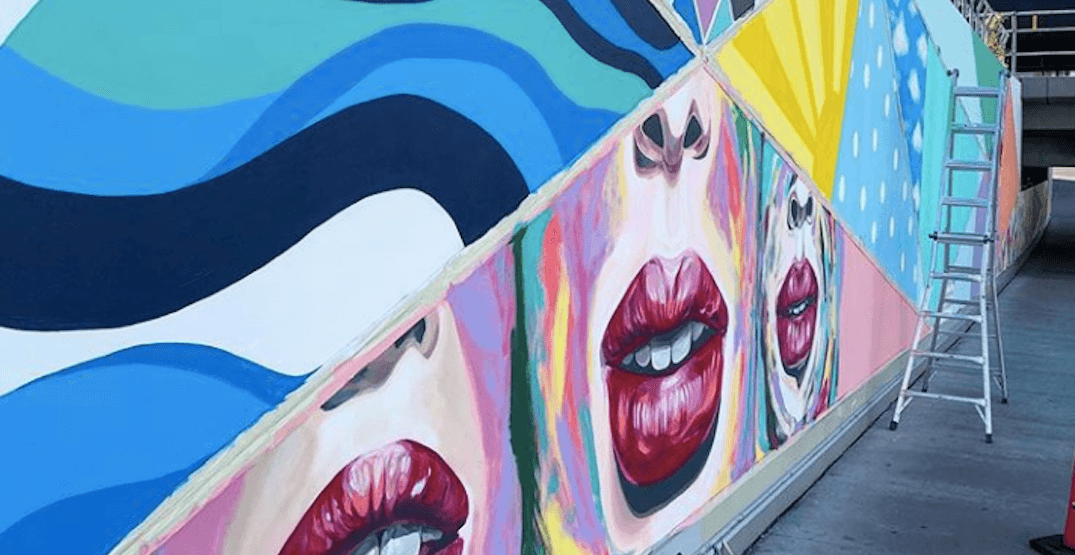 UPDATE: An earlier version of this article incorrectly stated that the new mural would be placed in the same underpass that a previous art installation had been in. The article has since been corrected to differentiate between the 4th Street SE Underpass and the 4th Street SW Underpass.

Following the removal of the public art piece Snapshots from the 4th Street SW Underpass, the city has commissioned a new artist to bring some colour to another of the city’s grey walkways.

After it was learned that the blurred photos in Derek Besant’s Snapshots — which were supposed to be of everyday Calgarians — were actually profiles taken without permission from performers at the 2015 Edinburgh Art Festival (yes, really), Besant recommended that the city remove the piece from the 4th Street SW Underpass.

Just over half a year later and another one of the city’s underpasses will get some new artwork, this time from local artist Michelle Hoogveld.

Hoogveld won the rights to the urban canvas at the 4th Street SE Underpass through a competitive Request for Proposal to the Calgary Municipal Land Corporation (CLMC) in February, when she was chosen for “her vibrant and creative concepts to transform the blank concrete walls of the underpass into a colourful mural to delight passersby,” according to a release from CLMC.

“Our goal with our curated Art in the Public realm program is to provide opportunity for local and emerging artists to showcase their work through large public installations and also help to transform some of our infrastructure, like the underpass, into vibrant works of art,” said Jessa Morrison, senior manager of brand marketing for CLMC, in the release.

Calgarians may even be able to recognize Hoogveld’s style from around the city, as she took part in the City of Calgary Utility Box Program.

Hoogveld said in the release that her mural is meant to create a sense of connection — a suitable goal, as the underpass connects Calgary’s East Village and Victoria Park neighbourhoods.

“The conceptual framework of the artwork is guided by common values of connection, conveying a variety of interactions within the natural and metropolitan landscape of the area,” said Hoogveld in the release.

“The imagery bares a voice of inspired living, establishing the feeling of being united with others in a passionate and creative culture. Utilizing a colourful palette, the installation incorporates both abstract and realistic elements as a portrayal of the area in its progressive and vibrant future.”

Hoogveld has been at work on the underpass mural since May 14, and is expected to complete her work in July.

Once finished, the mural “Corridor of Connection” will remain on display for 24 to 36 months.