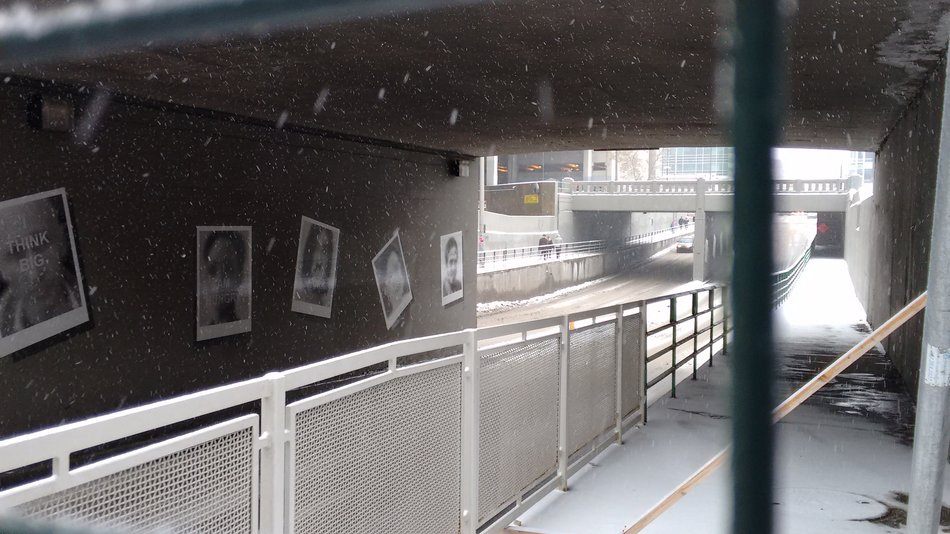 The artist responsible for the 4th Street Underpass art installation Snapshots, Derek Besant, has stated that he is sorry about the photos he used to create the artwork.

After British Comedian Bisha K Ali was sent a photo of her portrait being featured in Calgary’s Snapshots – in a city she had never stepped foot in – she took to Twitter to “bust the case wide open.”

She explained that the photo used in one of the snapshots was of her, taken years ago, and was not given with permission to be used in the artwork. Ali posted the original photo and the Snapshots photo for comparison.

Other European comedians were then recognized by Ali in the blurred, black and white photos lining the underpass, and it was soon found that many of the photos came from a flyer featuring the line-up of the 2015 Edinbourgh Arts Festival.

Besant said that he has since contacted the City of Calgary and recommended that the installation be taken down.

“I’ve initiated that the temporary artwork be removed immediately and want to apologize to all concerned,” Besant said to Daily Hive in an email interview.

The artist stated that he had mistakenly thought the photos from the film festival flyer were in the public domain.

“When I received some torn out pages from a handout flyer with these faces, my impression was they were already out in the public domain. Therefore, I thought they could be collaged as backgrounds to be further interrupted with text elements for the 4th Street community art-site concept,” he said in the email.

“I intended my project to incorporate a theme of ‘representations of strangers that could be from anywhere, in any city…’ My premise was to open up a conversation centred around ‘who are we – in cities.'” 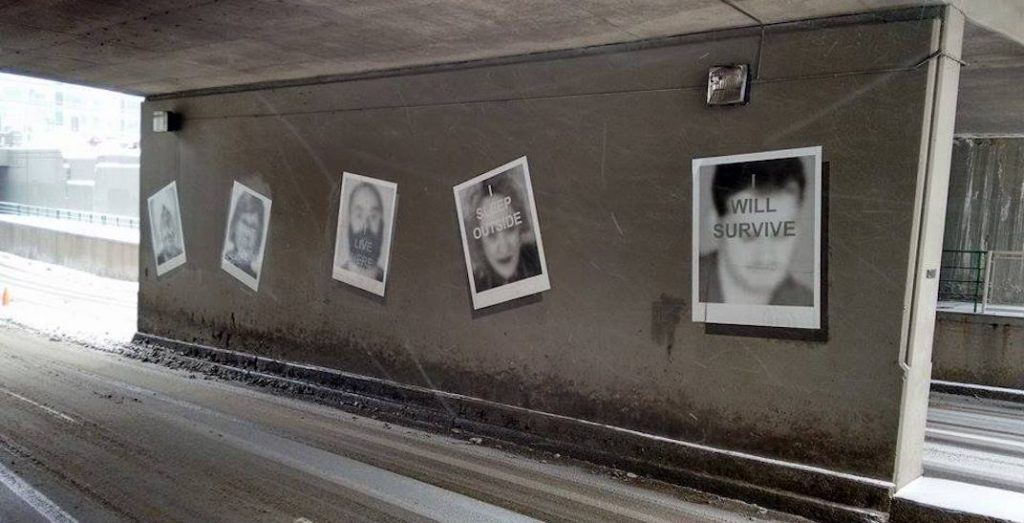 The City of Calgary has said to Daily Hive in an email interview that they intend to remove Snapshots from the 4th Street Underpass, and “are considering [their] next steps,” regarding the artwork.

Besant ended his email with an apology about the whole situation:

“In no way did I ever mean to hurt anyone involved, and I am extremely sorry that this is the result of my misunderstanding.”