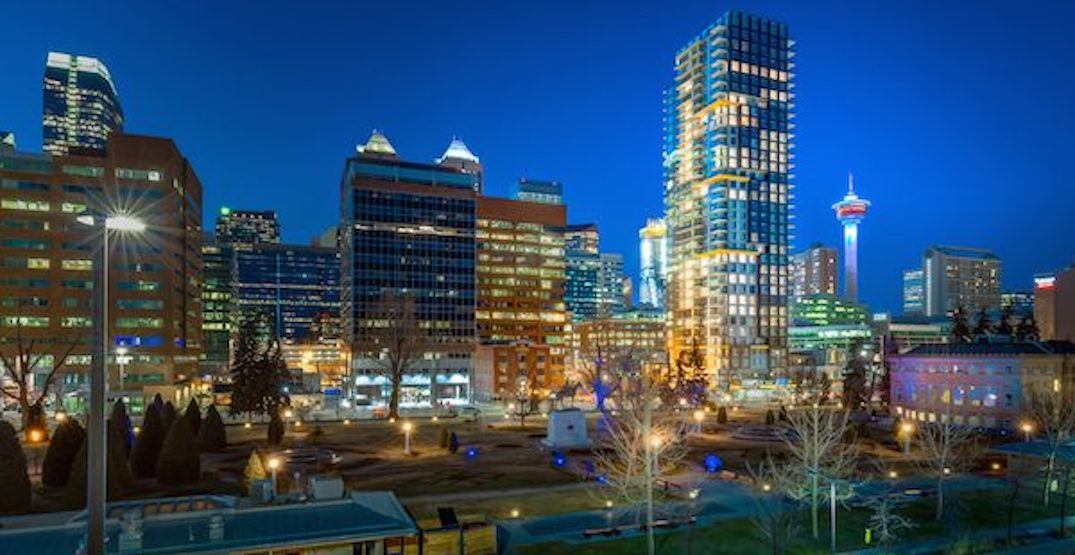 Park Point architectural masterpiece at nigh (Supplied by Qualex-Landmark)

We’ve got a rather fantastic way for you to spend next Friday night, and it won’t cost you a penny.

To celebrate the near completion of the Park Point residential building, the Qualex-Landmark realty group is hosting a movie under the stars a stone’s throw away from one of Calgary’s newest skyscrapers.

Wes Anderson’s Fantastic Mr. Fox will be shown on a 40′ by 26′ movie screen in Calgary’s Central Memorial Park on Friday, June 29.

The movie was originally supposed to be shown on Saturday, June 16, but had to be rescheduled due to a rather unfantastic turn of events, rain.

The event will be free for all to attend, and movie night goodie bags will be given out for free at the Park Point Discovery Centre — though they will only be available for the first 150 people (starting two hours before the movie), so be sure to get there a bit early.

The bags will include a blanket, a snack, a bottled water, and more.

Anyone hoping for something a little more substantial to tide over their hunger during the 97-minute movie will be able to purchase a late dinner from a number of food trucks that are expected to be on scene during the event.

The movie will begin at 9:40 pm sharp, though you may need a bit of time before that to find yourself some prime real estate in the park!