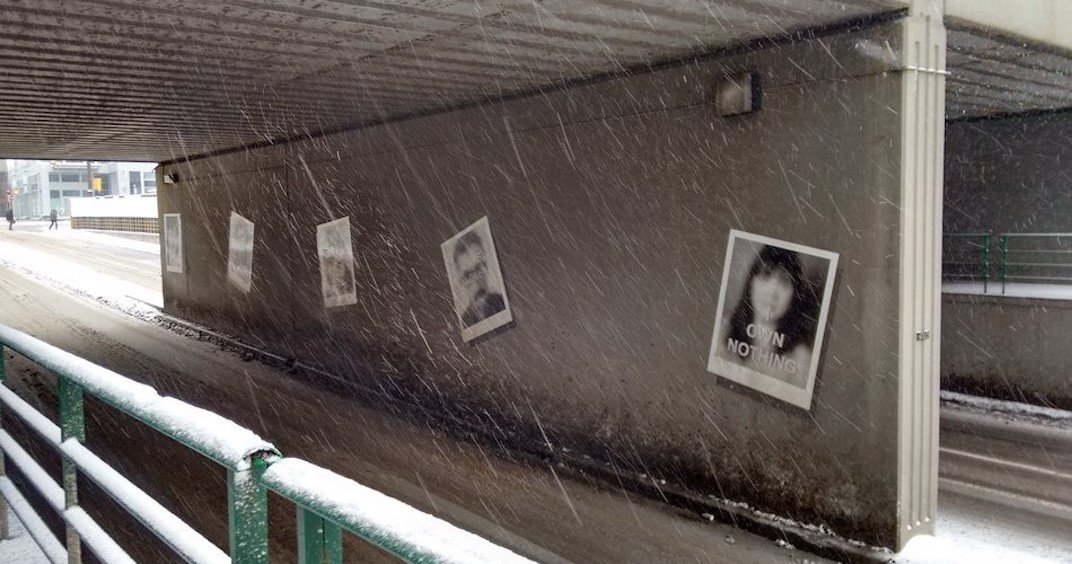 UPDATE: The City of Calgary has stating that it will be removing the art installation at the artist’s recommendation.

A UK comedian has somehow spotted her likeness in an underpass more than 7,000 km away.

Bisha K Ali, a stand-up comedian from London, UK, began a thread on Twitter after a friend sent her a photo that looked much like one of Ali taken years earlier.

The friend had been walking under the 4th Street underpass in Calgary, according to Ali’s tweets, and had seen Snapshots, a government-funded art installation that was erected in October 2015.

Snapshots, according to a page on the City of Calgary’s website, is supposed to feature blurred out photos of Calgarians who had walked through the underpass and spoken with the installation’s artist, Derek Besant.

According to Ali’s November 27 thread, some of the people in those photos have never stepped foot in Calgary, herself included.

“Hey Bisha! I know this is probably supremely weird but I think I saw a photo of you being used in a public art installation in Calgary…”

That’s weird! Pics or it didn’t happen, I say. So he sends me this: pic.twitter.com/QSX3tbx2dr

That’s me. Original photo was taken in 2012/13 by the brilliant .@JaydeAdams .. here’s the original photo:https://t.co/TTDh0cFzOL

Here is that original photo, taken by Jayde Adams: 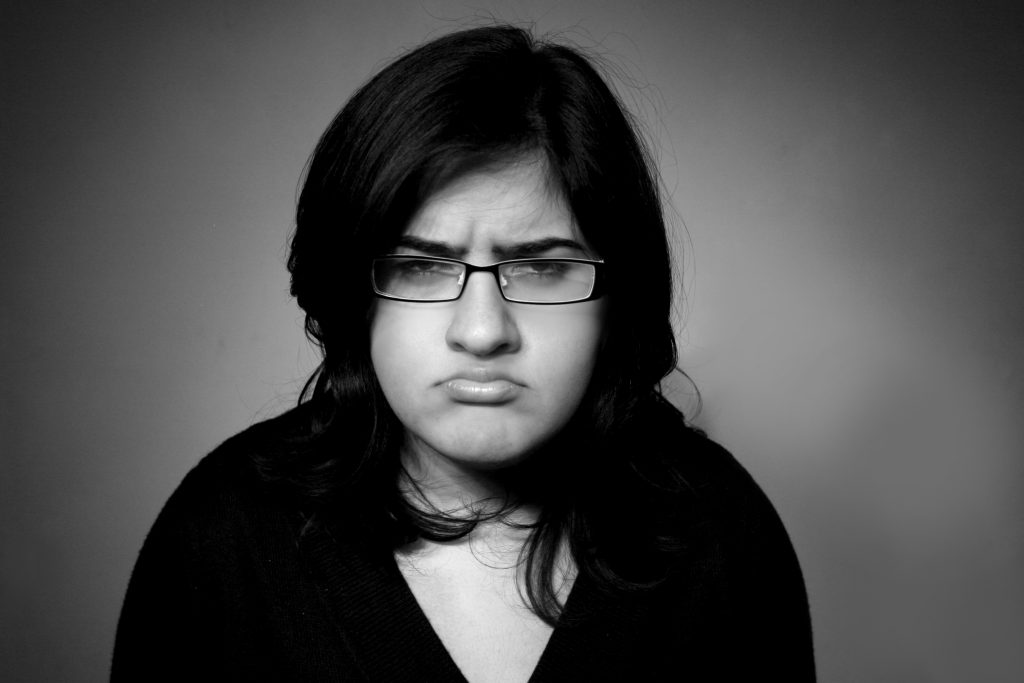 According to Ali’s tweets, many of the other photos in the installation looked familiar to her, and she started putting names (and Twitter handles) to the faces.

This is a pic of the rest of the installation. I CAN NAME SOME OF THE COMEDIANS FEATURED: pic.twitter.com/4DEaWM5xXC

She tweeted that the photo on the far left is of Hardeep Singh Kohli, a member of the National Board of Scotland, and that the bearded man in the middle is “my good friend bettsaintfunny – the only one of us who I know for sure has some vague connection to the country (the others I wouldn’t know).”

I’m also 80% sure that one of these shots is of comedian Markus Birdman, too @birdmanwatching pic.twitter.com/9PW4j7mnou

Ali also recognized Sofie Hagen, who then posted what looks to have been the original photo.

Here’s another snap of the installation that I found on Google. Far right photo – that’s @SofieHagen for SURE. pic.twitter.com/4ekPhoWMTr

This is the photo btw. They edited out the horse and put “I OWN NOTHING” over my face.. um, I obviously own a little horse. pic.twitter.com/Nf6IBYYIYd

In response to Ali’s Twitter thread, Janey Godley, a woman from Glasgow, Scotland, noticed a stark similarity in one of the underpass snapshots with a photo she took of her daughter.

Twitter account @ComedyClub4Kids noticed that many of the Calgary photos looked similar to those from from the line-up of the 2015 Edinburgh Art Festival, and has compiled 12 of the 20 faces into one tweet.

It was also pointed out that 2015 was the year that Besant was in attendance at that same film festival:

Snapshots had a budget of $20,000 from the City of Calgary, according to the City’s website, and was supposed to “position everyone as a cross-section of the mix of people who depend, one way or another, on this route into and out of the downtown sector, the architecture of passage.”

The page also states: “This could be any city, anywhere.”

In an email statement to Daily Hive, City of Calgary Community Services General Manager Kurt Hanson wrote that the city has been in contact with the artist and that Besant has advised the city to take down the artwork.

“The City of Calgary was made aware of concerns about the temporary art installation in the 4th Street underpass,” Hanson said in the statement.

“As part of the City’s investigation, we have been in contact with the artist. The artist has said that we should remove the installation. We will be doing this and are considering our next steps.”

Besant has not responded to Daily Hive’s request for comment.