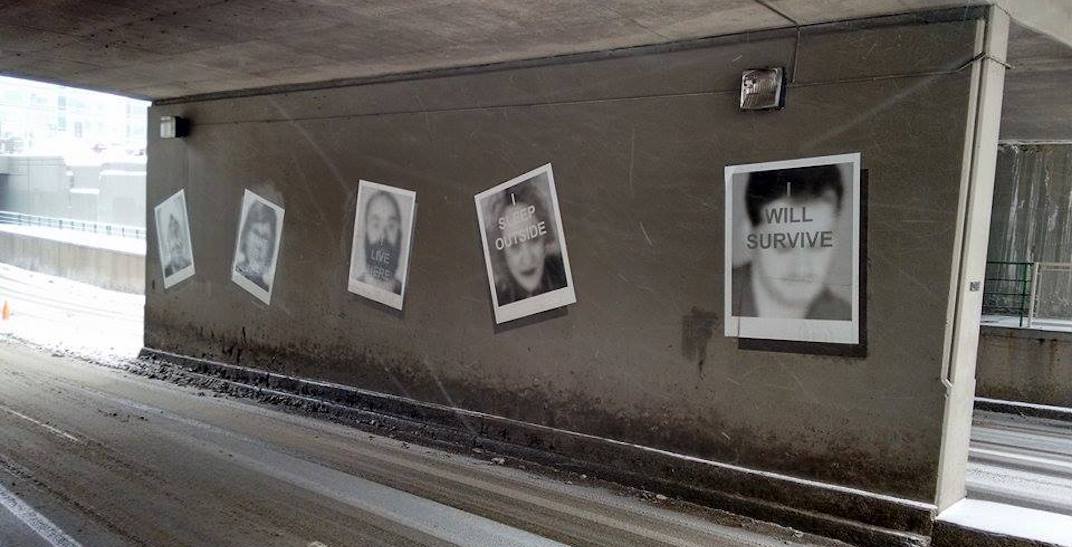 Following the allegations made by a UK comedian that the art installation Snapshots featured photos of Europeans instead of Calgarians, the City of Calgary has decided to take it down from the 4th Street Underpass.

In an email statement to Daily Hive, City of Calgary Community Services General Manager Kurt Hanson wrote that the city has been in contact with the artist, Derek Besant, and that he has advised the city to take down the art.

“The City of Calgary was made aware of concerns about the temporary art installation in the 4th Street underpass,” Hanson said in the statement.

“As part of the City’s investigation, we have been in contact with the artist. The artist has said that we should remove the installation. We will be doing this and are considering our next steps.”

The comedian, Bisha K Ali, first recognized her own likeness in the public art after a friend sent her a photo of the installation, and then found that she could recognize other European comedians in the various photos.

She took to Twitter and explained the story, posting the Snapshots image alongside the original that was taken years earlier.

That’s me. Original photo was taken in 2012/13 by the brilliant .@JaydeAdams .. here’s the original photo:https://t.co/TTDh0cFzOL

It was found that at least 12 of the blurred black and white snapshots featured in the installation looked strikingly similar to those posted in the line-up of the 2015 Edinburgh Art Festival.

It was also discovered that Besant had been in attendance at that festival that same year.

At the time of writing Besant has not responded to Daily Hive’s request for comment.