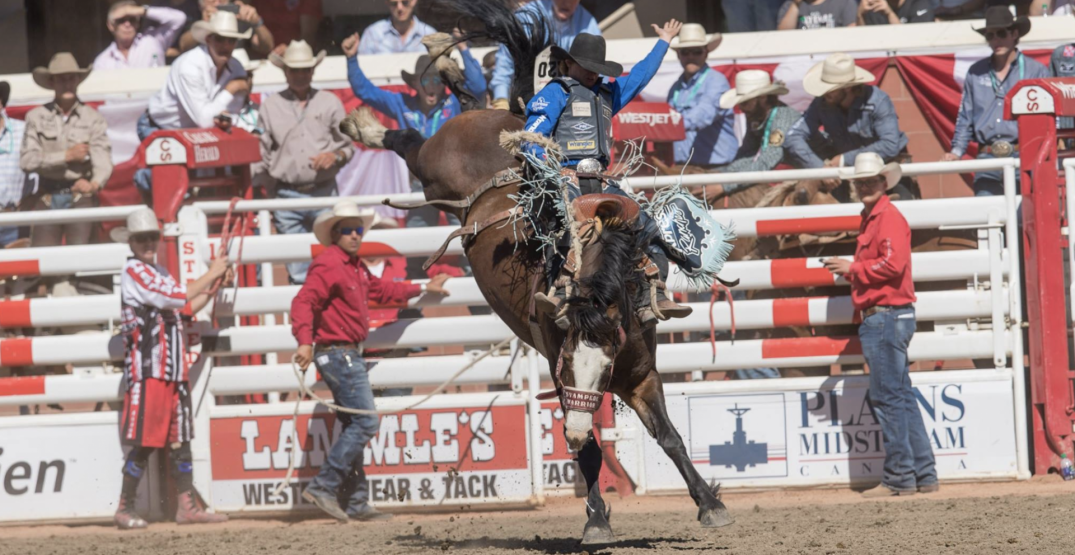 COVID-19 still presents a risk to public health. While restrictions have been lifted across Alberta, it is recommended to continue practicing health and safety measures, including frequent hand-washing, wearing a mask on public transit and in healthcare settings, and staying home if you are sick.

Stampede Week is somehow already almost halfway over, but there’s still tons to do down on the grounds.

Canadian band The Reklaws will be performing at Nashville North this evening, and you can also catch Freestyle Motocross, Sam Roberts Band at the Stampede Summer Stage, Elbow River Camp vendors, and more throughout the day.

Check out these events and so much more on the Stampede grounds this Tuesday, July 13.

The Reklaws at Nashville North

Whether it’s your first time or your tenth time at the Calgary Stampede and Nashville North, one thing is certain, there’s nothing like some two-stepping to get you in the ‘Pede mood. Canadian band The Reklaws will bring the country spirit to the Stampede’s iconic live music venue on Tuesday evening and get everyone partying as we head into the middle of the week.

k-os and Sam Roberts Band on the Stampede Summer Stage

Included with your Park admission is access to the Stampede Summer Stage, featuring live tunes from talented Canadian musicians. The Tuesday night lineup will host k-os and Sam Roberts Band.

When: Tuesday, July 13
Time: k-os at 7:45 pm and Sam Roberts Band at 9 pm
Where: Stampede Summer Stage, near the main entrance
Cost: Free with admission to Stampede Park

Celebrate and learn about Indigenous culture while visiting a variety of vendors, makers, and artisans in Elbow River Camp. If you’re in search of a traditional treat, make sure you hit up the Bannock Booth.

Freestyle Motocross racers bring your adrenaline fix to the 10-day event with daring and dangerous tricks as they soar through the air above Stampede Park.

When: Tuesday, July 13
Time: Noon, 3 pm, and 6 pm
Where: Located on Stampede Park at the Midway, south of The Big Four building
Cost: Free with admission to Stampede Park

The Stampede just wouldn’t be the Stampede if it weren’t for the rodeo events! Calgary has a long and proud history of cowboy culture, and you can’t get any more cowboy than taking part in a rodeo – or, at the least, watching from a safe distance. This heart-pounding, world-class show never ceases to entertain as cowboys and cowgirls compete for prize money. A few events you can expect to see are Barrel Racing, Tie-Down Roping, Steer Wrestling, Bull Riding, and more.