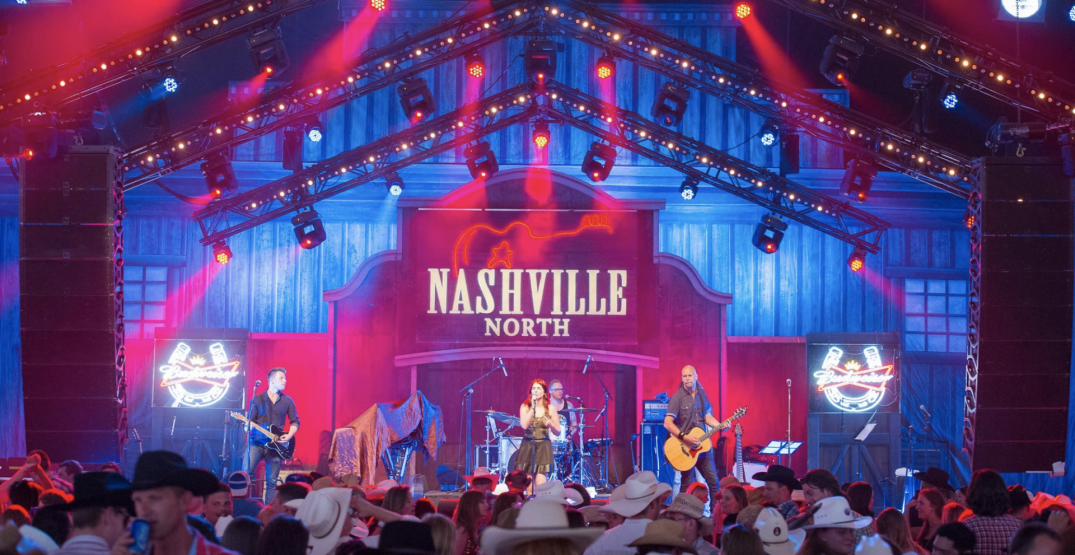 The Calgary Stampede is going to look a little different in 2021, and its live music tent, Nashville North, is no exception.

Previously announced changes to Nashville North included a digital queueing system (to avoid that infamous lineup) and an open-air design, but there was much speculation around whether there would be entry requirements to get into the venue this year.

During a June 14 press conference, Stampede officials said that they were considering requiring proof of vaccination and rapid testing at certain venues, including the popular tent.

On Tuesday afternoon, the Calgary Stampede confirmed that a pre-qualification process had been put in place for the safety of Nashville North guests.

Beginning Thursday, July 8 (that’s Sneak-a-Peek day, y’all), those looking to participate in the Nash experience will be asked to either show proof of vaccine or complete a quick onsite rapid COVID-19 test.

The Stampede has partnered with 19 To Zero to implement the proof of vaccination and rapid testing program.

“While rapid testing doesn’t take long,” reads a release from the Calgary Stampede, “sharing proof of vaccination is your quickest step to two stepping the night away.”

If you’ve had at least one vaccination two weeks prior, all you’ll need to do to get into the tent is show a physical copy or photo of your vaccination record, or access it using Alberta Health’s MyHealth app.

“We are thrilled to see live music return to our city for Stampede 2021. As we join the communities around the world that are returning to live entertainment events, this simple process provides an extra level of comfort specifically for Nashville North,” says the Calgary Stampede’s vice president responsible for programming and operations, Jim Laurendeau.

In addition to this new precaution, attendees will see Nashville North as an open-air canopy instead of an enclosed tent, creating more of an outdoor experience. The venue has also been relocated to the heart of Stampede Park, near the Grandstand.

As well, digital queues will be used to avoid the big lineup that the venue is often known for.

“Digital queuing prevents the need to physically stand in line. You can head out and enjoy everything else Stampede Park has to offer,” says Laurendeau, adding, “When it’s your turn to enter, you will receive a notification. It’s just that easy.”

COVID-19 or not, the digital queueing system is one change that we hope sticks around, because no one wants to spend half of their Stampede experience waiting in line.

Entry to the tent and all of the live shows that it has to offer are free with your admission to Stampede Park. The biggest Nashville North performer lineup in Stampede history has been announced for 2021, and the venue will feature nearly 40 Canadian artists this year.

Visit the Stampede online to purchase admission to the 2021 event, or to get your hands on Buck the Line packages for Nashville North.