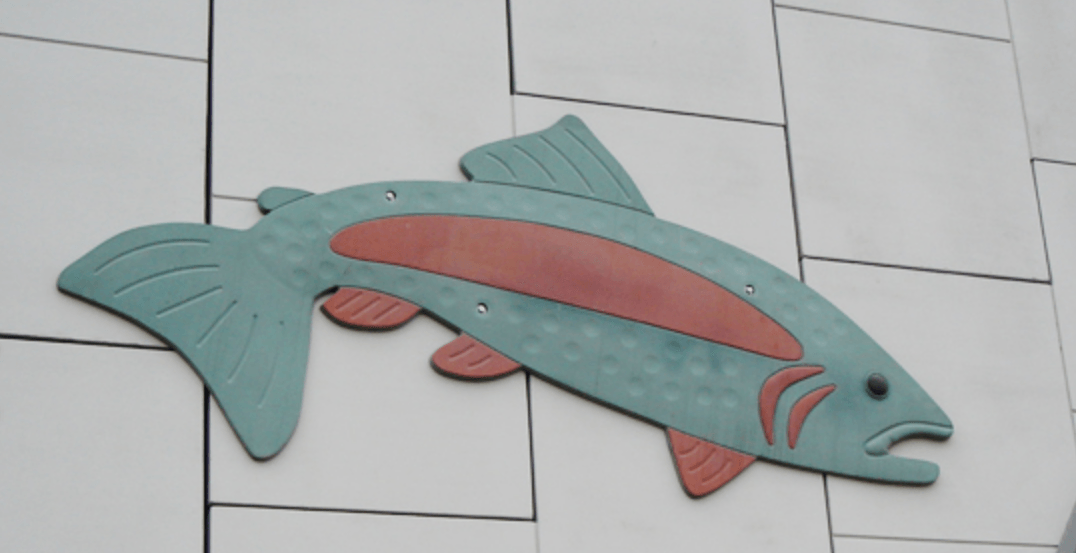 A collaborative effort between the Public Art Program and the Department of Transportation, Jumping Trout cost the city $46,000, was created by a local Calgarian artist, and was completed in December of 2007.

Integrated right into the walls of the underpass at Glenmore Trail, Elbow Drive, and 5th Avenue, 144 trout, each 14-feet-long in a repeating pattern, can be seen leaping elegantly up out of water and back, representing the Bow River and its status as one of the world’s best trout fisheries.

Not only are the trout a lovely public art piece, they’re also a technological marvel. The materials and techniques that were used in forming and painting the concrete fish is incredibly complicated, using a two-component urethane that allowed the material to be cut more easily, and the paint on them was carefully measured and applied to ensure quality.

Many groups and organizations worked together on the project, including the City of Calgary, the artist, Graham Construction, Stantec Consulting, Lafarge North America, and many others. 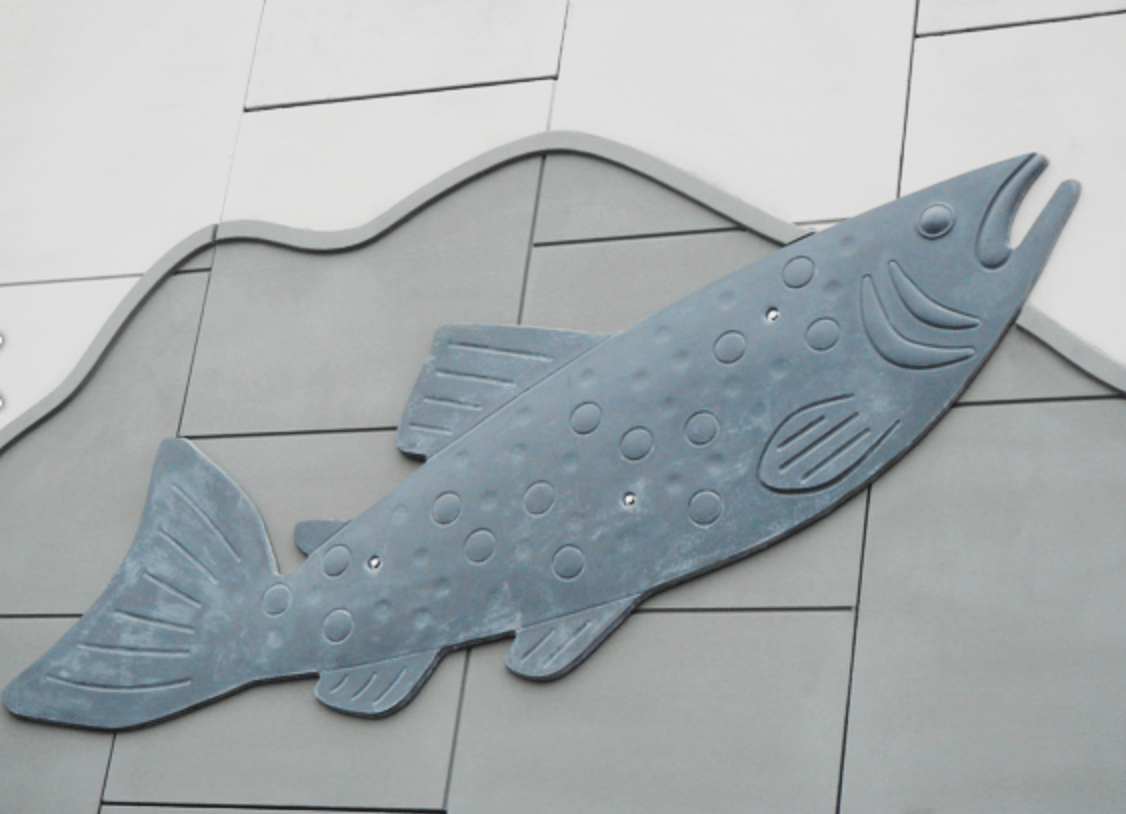 The original call for artists on this public project was held in 2004 with the City receiving over 20 proposals. In mid January, it was announced that Violet Costello would be the artist.

Violet Costello was born in England and moved to Canada as a child. She studied at the Alberta College of Art and transferred to Emily Carr College of Art and Design. She is an expert in sculpture and has taught the subject at Concordia University in Montreal and at the University of Saskatchewan.

She is also an award winning artist who has received awards from the Alberta Foundation for the Arts, British Columbia Culture, and Canada Council.

Cast in pigmented concrete, these sculpted fish are bolted into panels along the walls, depicting water and sky.

The fish depicted are brown trout and rainbow trout, both native to the Bow River, which is home to self-sustaining populations of those fish.