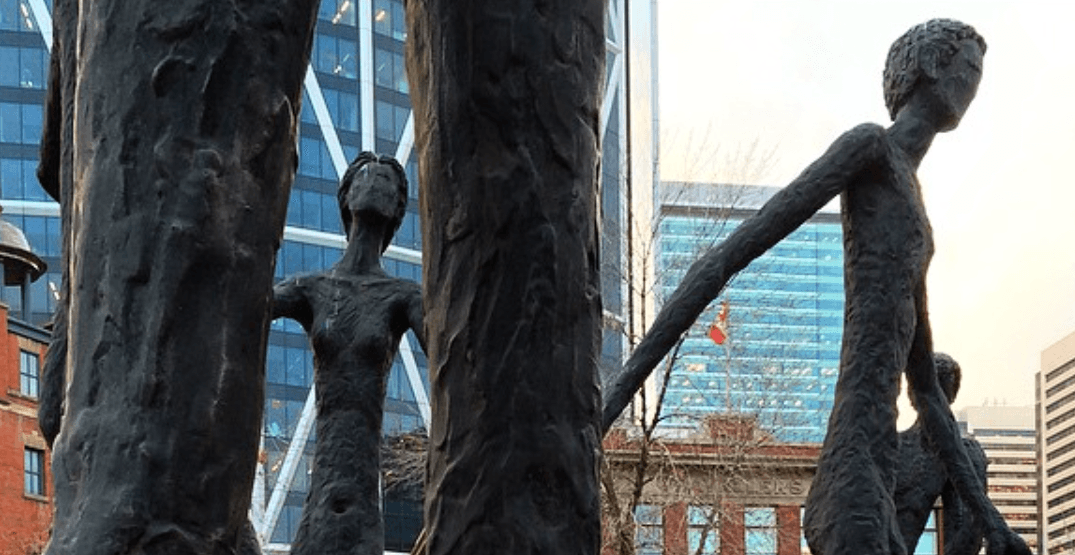 You must have seen these things at some point.

Brotherhood of Mankind is made up of 10 giant nude statues designed by the artist Mario Armengol as part of the British pavilion at Expo 67 in Montreal.

Initial reaction to the new pieces of public art were, as per usual in Calgary, shock and appall. The sight of the 6.5-metre-tall figures standing entirely naked didn’t go over well with the Calgary public of the late 1960s. 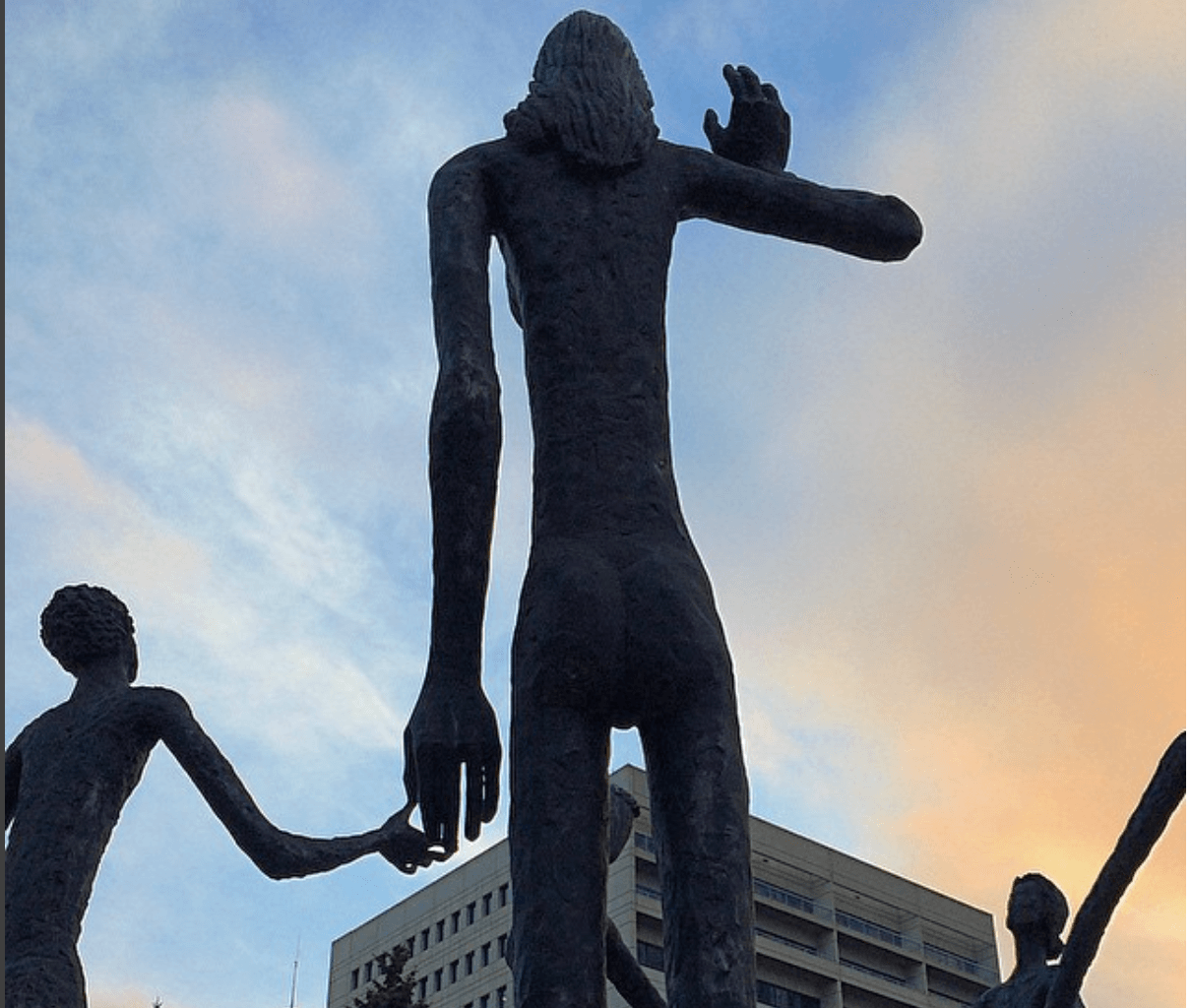 With the passage of time, however, these statues became known as landmarks for the Calgary Board of Education (going so far as to become part of their logo), and, more generally, as a landmark of the city as a whole.

When the statues were first put on display during Expo 67, they weren’t in the large circular formation they stand in now.

Originally, they were part of an exhibit called Britain in the World. They were used to suggest the dominance of man and were placed next to displays of what the British thought of as their gifts to the world – language, systems of government, law, and others.

Once the Expo was over, a businessman and benefactor bought the statues at an auction and donated them to the City of Calgary. 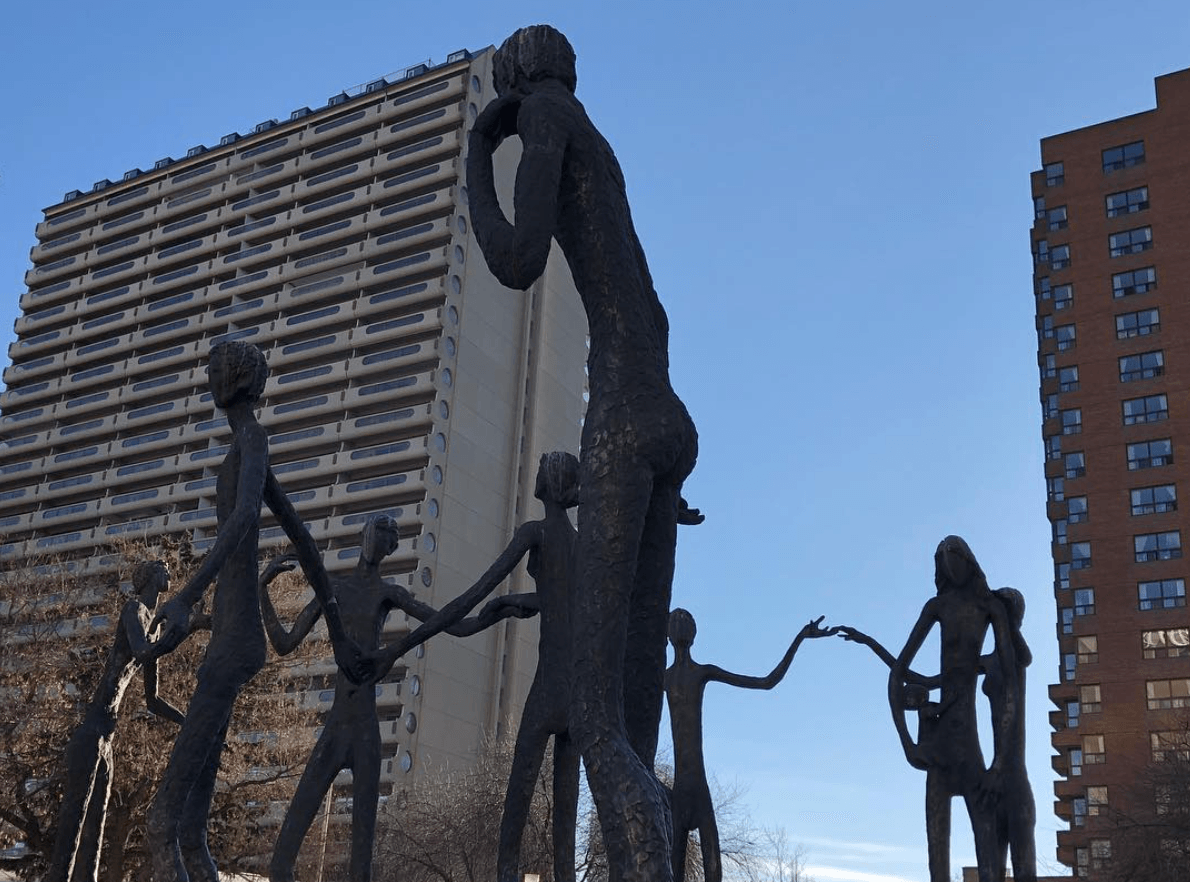 Armengol was born in 1909 in Spain as the second of six children. At 12-years-old, he won a competition for illustrating a storybook. At 15, he was commissioned to produce designs for posters and advertisements by department stores and other outlets.

When his father tried to force him to go to a technical college in Madrid, he instead used the money to enrol himself in a fine arts course.

As time went on, Armengol was married, caught up in the Spanish Civil War, found himself on the new fascist government’s list of “undesirables,” became a Spanish refugee in France, and joined the French Foreign Legion to avoid repatriation.

Even during his time as a soldier, he pursued the artist’s life, working as a cartographer on topographical surveys.

After fighting for a year in the Second World War, Armengol was granted official leave to stay in Britain where he was once again able to work as an artist.

After the war, his life quieted down and his work began to grow in fame, with Brotherhood of Mankind winning him recognition on the international stage.