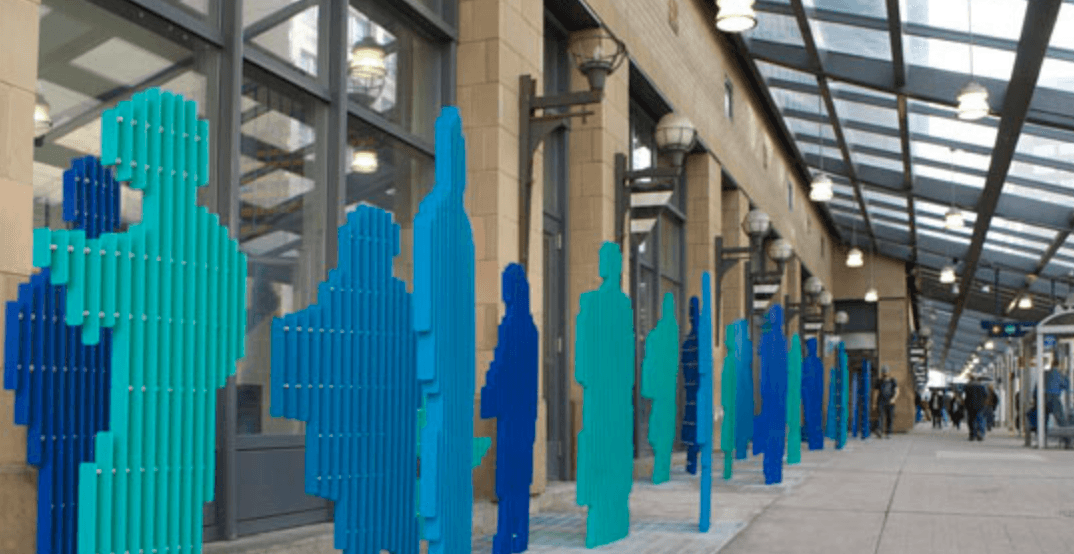 Completed in February of 2012, TransitStory is made up of 30 sculptures depicting people waiting for the train at the Centre Street LRT platform just outside the TELUS Convention Centre.

Costing a pretty penny at $215,000, TransitStory was part of the 7th Avenue Refurbishment project, which was an effort to enhance the experience of walking or taking public transit through the area, along with adding a sense of safety and security. 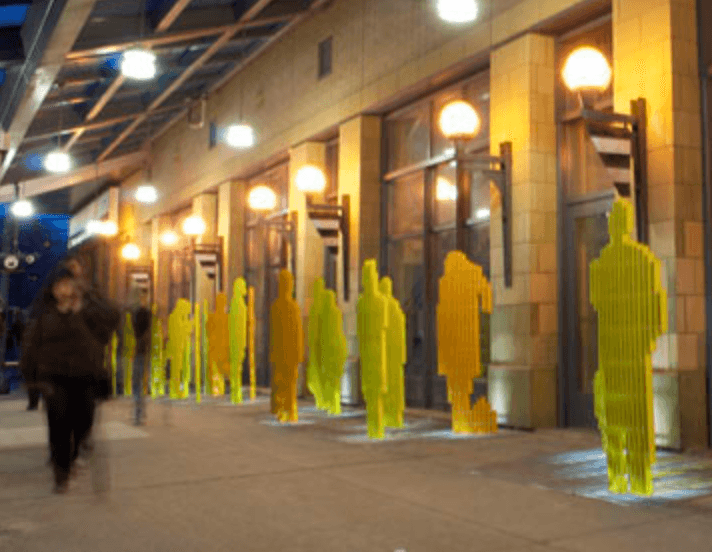 Former Calgarian Jill Anholt was chosen as the artist through an open call process, in which any artist who is interested can throw their name in for selection. The artist is ultimately chosen by a panel, which was the case for Anholt.

Anholt has been creating site-specific public art for over 15 years and her work often possesses the qualities of time, movement, and light, with the intention of drawing viewers in to look closer at the art itself, as well as to discover connections embodied in the site.

“Each individual shares a brief moment in time and space; a temporary moment of belonging,” Anholt states on her website.

“TransitStory evokes the ephemeral presence of memory of travellers. Present and absent, seen and unseen, this work seeks to capture the fleeting trace of human presence within civic infrastructure.”

A major contributor to this piece was Calgary’s own Heavy Industries, which did the installation for TransitStory.

Anholt provided Heavy Industries with detailed drawings, specific layouts, and colours she wanted to be used in the project, and they worked to make it a reality.

Their fabrication team used 2,500 feet of mild steel and about 15,000 welds to put the full piece together. The project was designed to be lit from underneath, and the Heavy Industries team worked directly with Anholt to fine-tune the look of the lighting used.

Once the figures were completed in the shop, they were installed in their final homes, and after some additional fine-tuning and adjustments they were finally ready to wait around.