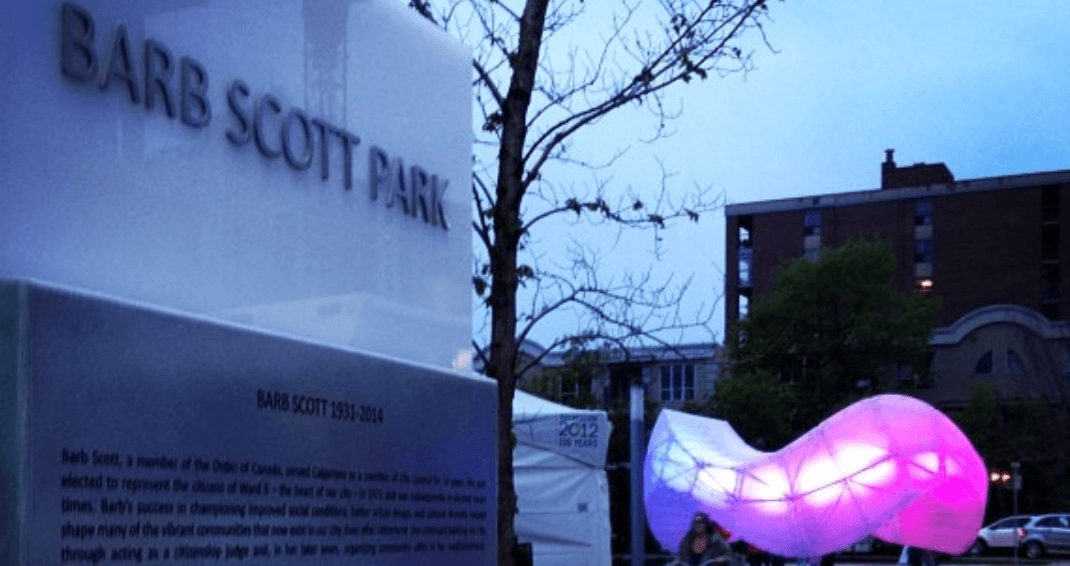 It is an interactive and illuminated sculpture that’s representative of both the natural phenomenon it’s named after, as well as the historic Beltline Streetcar loop that used to surround the neighbourhood.

Like Travelling Light, this piece was put together by a collective of artists. The group, Creative Machines, is based out of Tuscon, Arizona. Their work usually focuses on the creation of interactive objects and environments.

The particular artists who worked on Chinook Arc were Joe O’ Connell, a technologist interested in living systems, and Blessing Hancock, a sculptor interested in machines, according to the City of Calgary’s website.

“They strive to make art that is iconic from a distance yet nuanced up close and have found that this type of work sustains engagement and encourages community interaction.”

The community involvement in this piece was incredible. The artists were asked to include the public in the piece’s creation, and the project became a collaboration with local artists and musicians.

Visiting the arc is a truly hands-on experience, with the visitor interacting with the sculpture through a sensor that projects the movement and colour it sees onto the piece.

According to the Creative Machine’s website, “visitors can wave their hands, move coloured objects, or play a movie on their cell phones in order to create their own light sequences.”