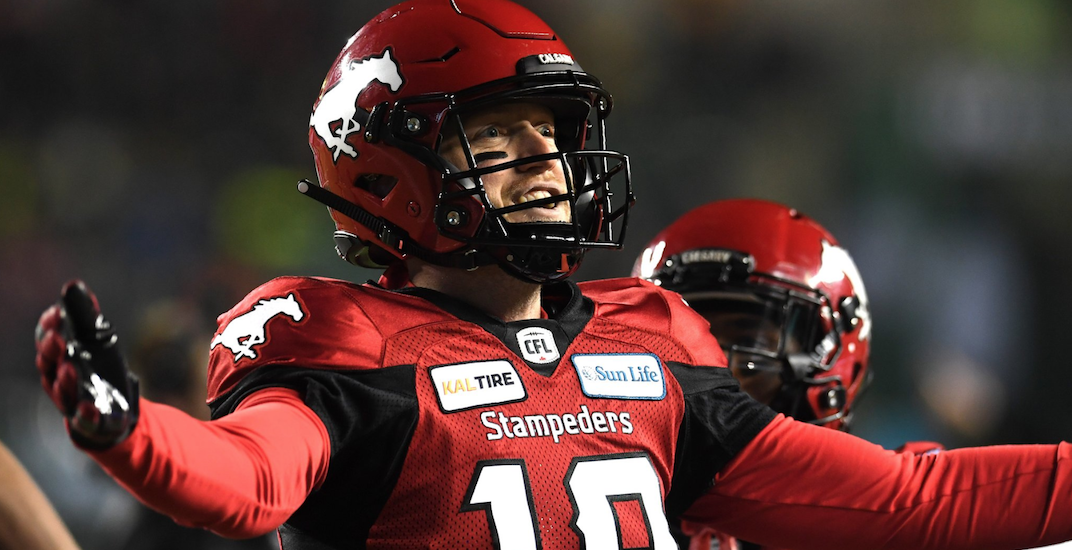 After leading his team to a Grey Cup championship, Calgary Stampeders quarterback Bo Levi Mitchell could be playing in the NFL next season.

Mitchell will work out for five NFL teams this month, beginning today for the Minnesota Vikings, according to Justin Dunk of 3DownNation. More than 10 NFL teams have inquired about getting an up-close look at the CFL star, says Dunk.

Coming off his second Grey Cup MVP award in five years, there isn’t much left for the 28-year-old to accomplish in the CFL. A two-time winner of the league’s Most Outstanding Player award, he has played in four of the last five championship games.

A free agent this offseason, Mitchell threw for 5,124 yards last season and led the league in passing touchdowns with 35.

Should he find a place in the NFL, he’ll follow in the footsteps of a few other former Calgary QBs to get a job down south.

Doug Flutie played for the Buffalo Bills, San Diego Chargers, and New England Patriots from 1998 to 2005, following a CFL career that had stops in BC, Calgary, and Toronto.

Jeff Garcia parlayed a successful stint with the Stampeders to have a long NFL career with six different teams from 1999 to 2009.

Current Stamps coach Dave Dickenson left Calgary in 2001 to pursue a job in the NFL during his playing days. He served as a third-string quarterback for two seasons before returning to Canada.

Mitchell is probably a long shot to earn a starting job in the NFL, though this is probably his last chance.