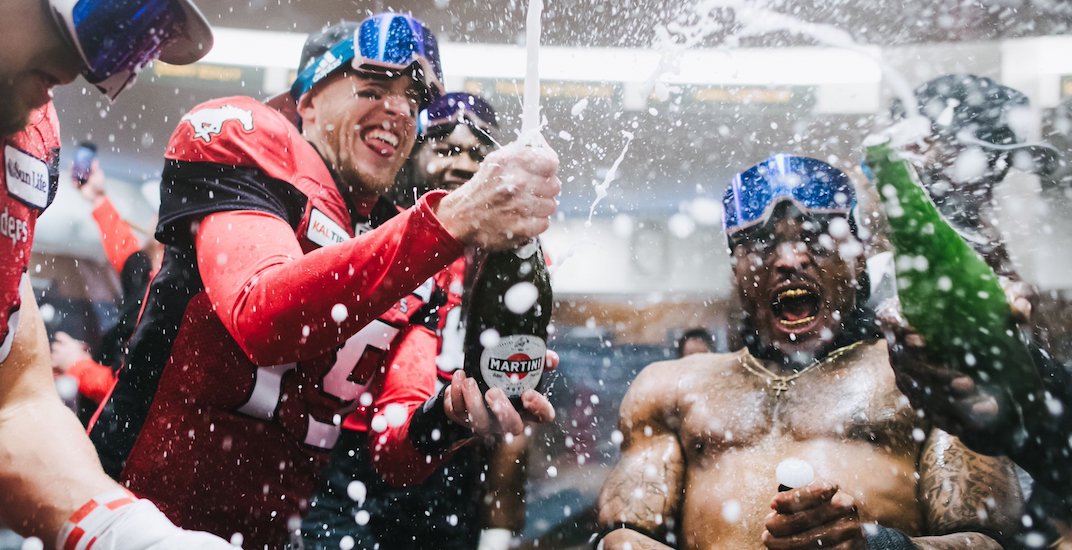 Winning the Grey Cup looks like a lot of fun.

After finishing on the losing side the past two years, the Calgary Stampeders came out on top on Sunday, defeating the Ottawa RedBlacks 27-16 to win the 106th Grey Cup.

And boy did they enjoy it.

The Stampeders lived up to their name, as head coach Dave Dickenson slapped on a cowboy hat as the clock struck zero.

Some say that Dave Dickenson is still running… with that photographer in tow all the way back to Calgary! He’s got his hat, his team has won the #GreyCup, congrats @calstampeders #CFL 🐎🔴⚪️ pic.twitter.com/IQIFyujeUE

And when they were presented with the Grey Cup, well, they danced.

But the real fun started in the locker room.

Champagne and beer flowed, and cigars were lit in the Edmonton Eskimos’ home dressing room.

Well, champagne flowed as soon as equipment manager George Hopkins could get the cork off…

The party is underway in Edmonton! #GreyCup pic.twitter.com/EwNzZ4gpnt

But the best video of all? Players introducing themselves as “champion.”