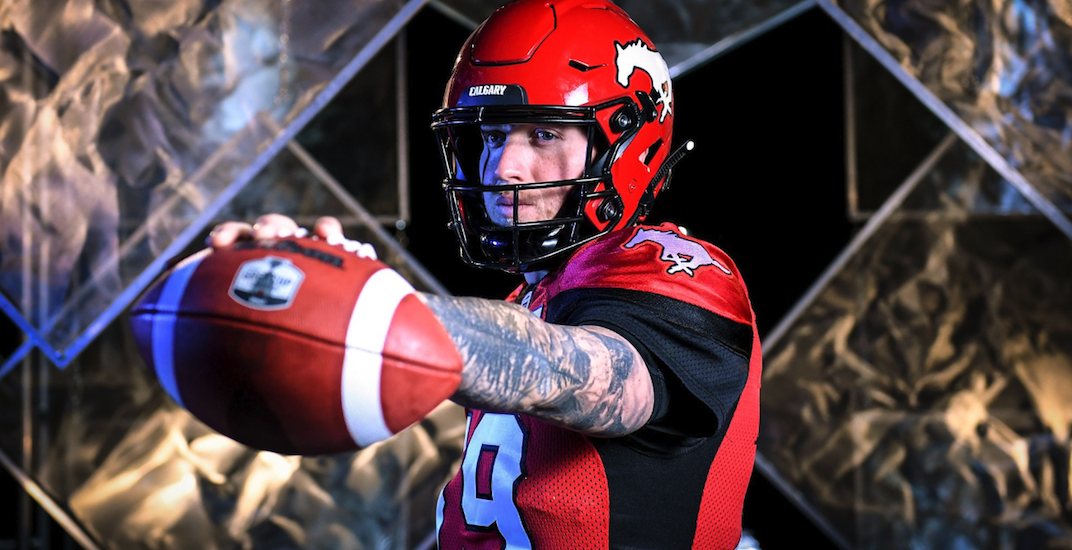 It was business as usual for the Calgary Stampeders at Grey Cup in Edmonton on Thursday.

Not only are they in Sunday’s game for a third straight year, one of their players has been named CFL Most Outstanding Player (MOP).

Oh, and their horse walked into a hotel.

HORSE IN THE HOTEL!

This is the 11th time a Stampeders player has won MOP. The only other Stamps player to win it on multiple occasions is Doug Flutie, who won three straight MOP awards from 1992 to 1994.

Mitchell helped the Stampeders to a league-best record (13-5) for a third straight season. He led the CFL with 35 touchdown passes and completed 356 of 585 passes for 5,124 yards. He also had a league-leading touchdowns-to-interceptions ratio of 2.5.

But you know Mitchell would give this all away for a victory on Sunday. Despite him downplaying it, there is enormous pressure on the Stamps to win the Grey Cup and avoid a third straight upset loss in the championship game.

“You got to go out and win a football game. Don’t make it bigger than it is. Don’t build it up to be different than the last two,” Mitchell told reporters this week.

“Just go out there and finish your job.”