Gas prices have skyrocketed in parts of Canada once again, so what better time to take a gander at some electric vehicles based on the estimated range?

If you’ve been mulling over getting a high-tech car, there are a few things to consider before stepping into this exciting world, not the least of which is the range of the battery.

While range is an important factor and may be what saves you more money in the long run, it might also mean a heftier upfront cost. Based on your budget, this electrically exhaustive list may provide insight on how to balance the range with something that doesn’t shock your wallet.

The analysis that led to this list of 150 electric vehicles was conducted by Dewesoft Data Acquisitions Systems. 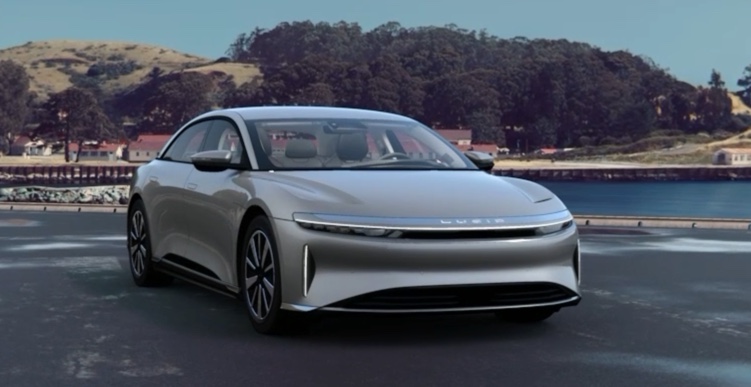 We don’t blame you if you haven’t heard of Lucid. They’re a relatively new player in the world of EVs, and the technology that powers their vehicles is the same found in Formula-E racing cars.

Like Tesla, Lucid is considered a luxury brand. So while their vehicles do offer the highest range, they also come with a bigger cost, starting at around USD $170,000 for the Air Dream.

The Air Grand Touring starts at $189,000. With 837 and 830 km of range on a single charge respectively, these cars do indeed keep going and going.

To put those numbers into perspective, a more budget-friendly vehicle like the Nissan Leaf has a range between 243 to 363 km. 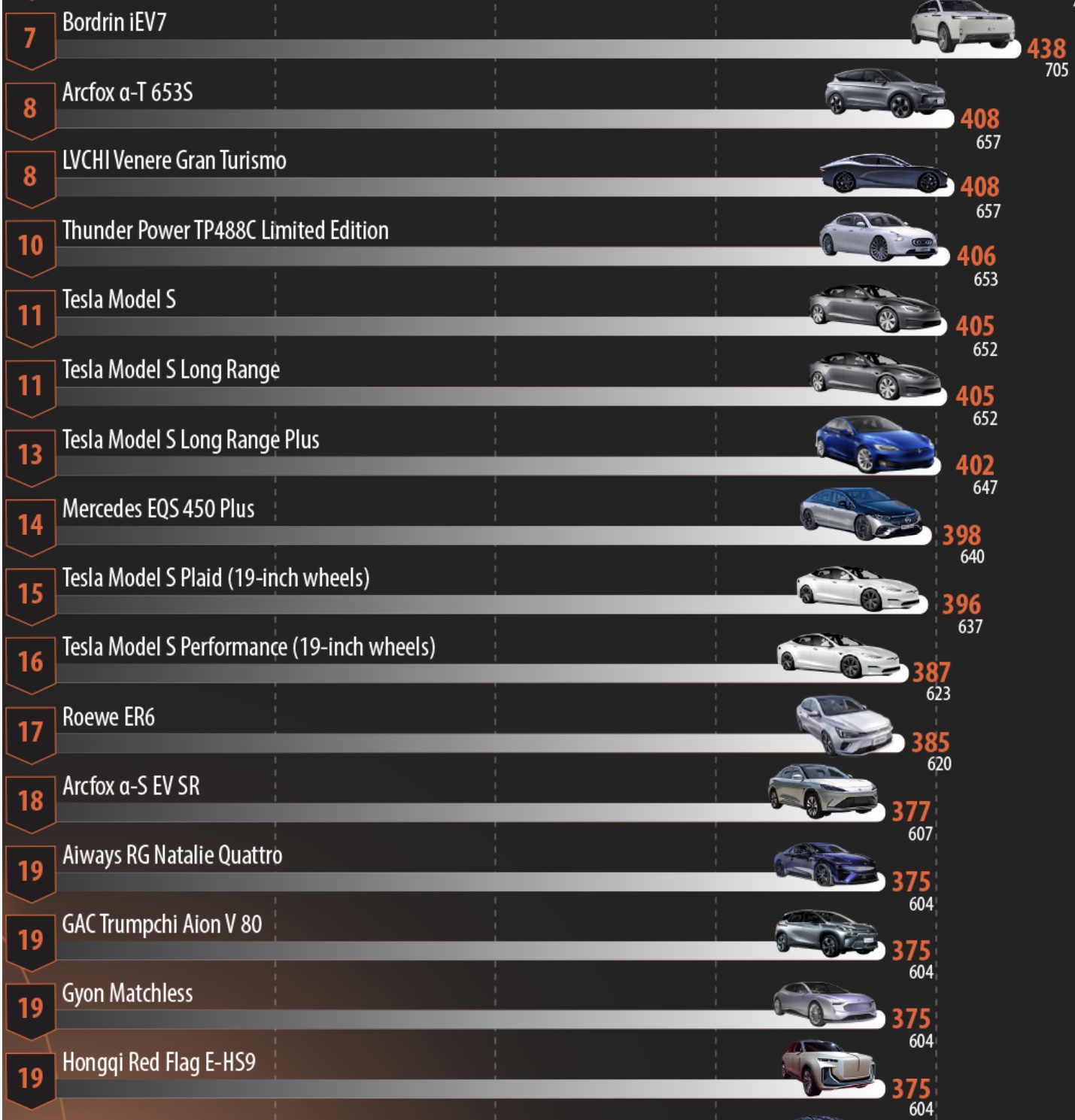 Many of the vehicles on the list aren’t available for purchase in Canada. This goes for the #7 pick, the Bordrin iEV7. While initially only available in Canada, the company went through some struggles and eventually filed for bankruptcy. The iEV7 offered a range of 705 km.

It isn’t until we get to number 11 on the list that we see Tesla, the first recognizable brand.

Arcfox and LVCHI are tied for the #8 spot. They’re two more Chinese manufacturers, as is the #10 ranked Thunder Power. 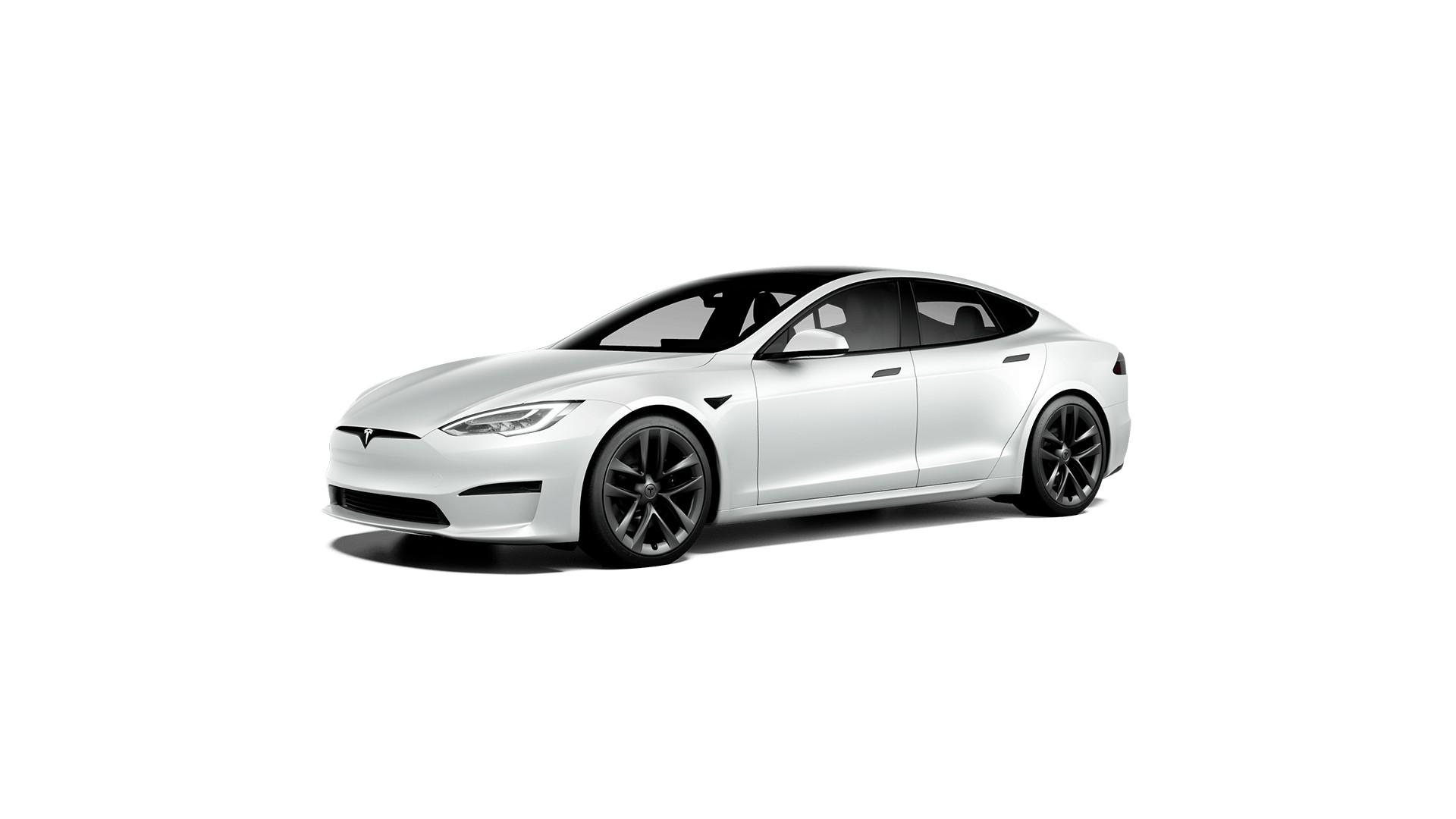 The first Tesla on the list is the #11-ranked Tesla Model S.

A brand new Tesla Model S starts at CAD $128,990, before potential provincial and federal rebates. It provides a range of 652 km.

A more budget-friendly option would be the Tesla Model 3 Long Range. Starting at CAD $71,990, the Model 3 has an estimated range of around 538 km.

Ranked at #74, the Kia EV6 starts at CAD $44,995 before rebates and has an estimated range of 499 km. It also features AWD and a next-gen heads-up display that uses augmented reality to give you essential driving information on the road. If you’re in the market for something bigger, you might want to keep your eye on the Nissan Ariya. 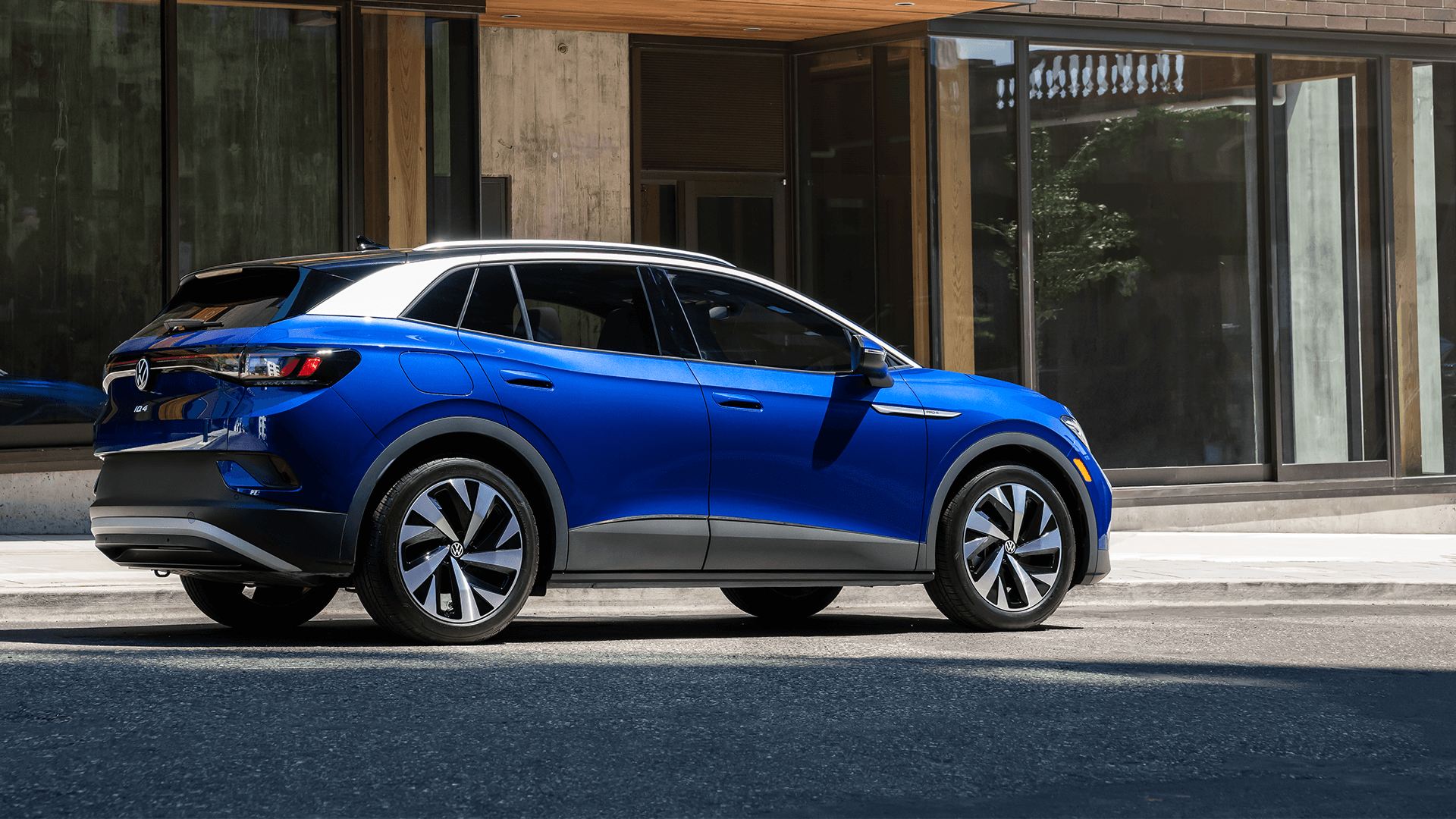 Of course, there are lots of other budget options like the aforementioned Nissan Leaf, but if you’re looking for range, these are the models you should be keeping an eye on.