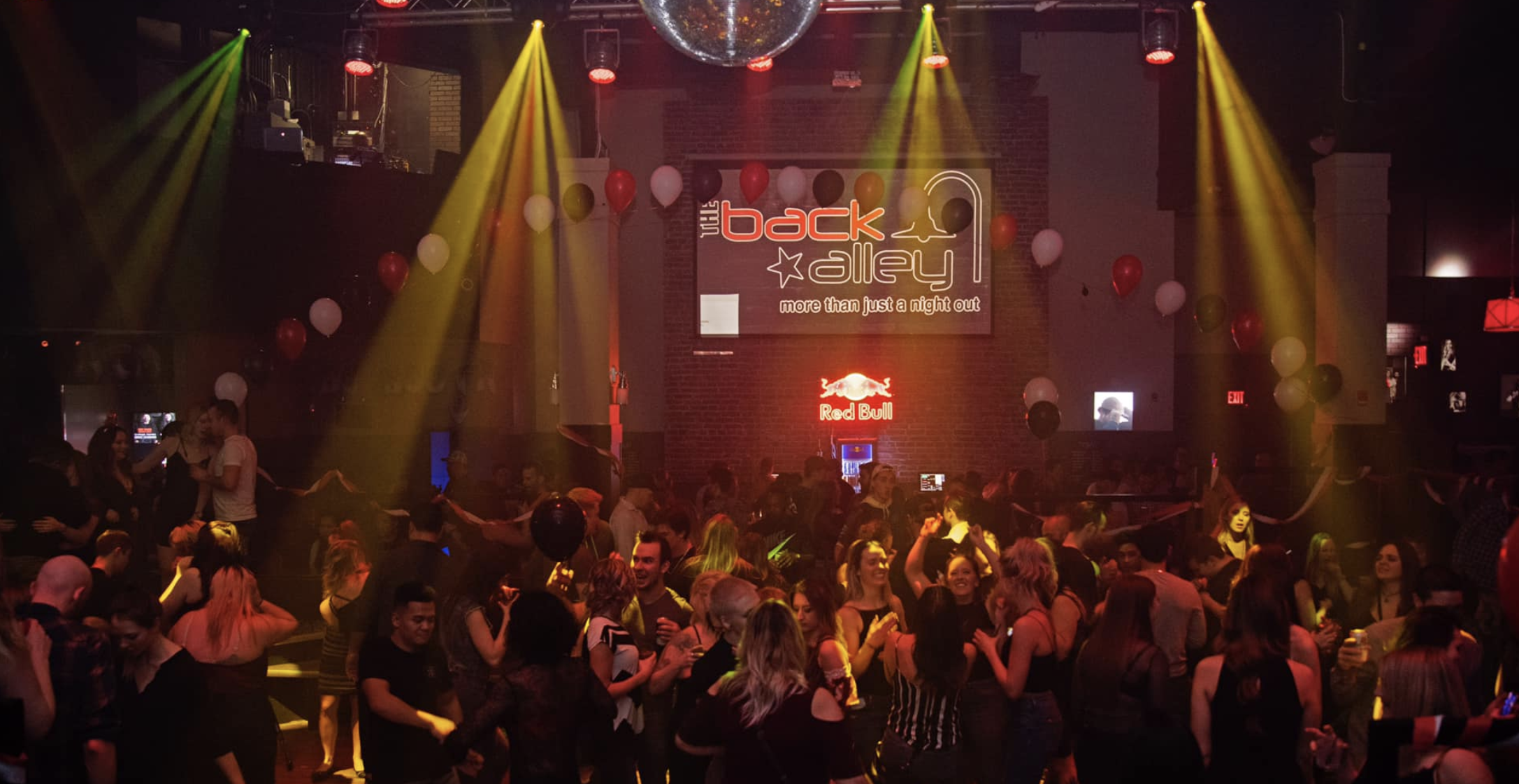 Get ready for $3 Power Hour, live music, and the famous napkin toss because the iconic Calgary nightclub The Back Alley is reopening this September.

The Alley was an institution in Calgary for 25 years before it closed its doors in 2013, at which point the space was taken over by the now-shuttered Marquee Beer Market & Stage.

The Back Alley reopened in December 2019 before shutting down again in March 2020 due to the pandemic.

The kickoff on Friday, September 10, will see Shark Skin playing a tribute to Iron Maiden. Doors will open at 8 pm for the event. Power Hour will run from 9 to 10:30 pm with $2.99 drink specials, and Coronas and coolers will be $4.75 all night long.

Saturday, September 11 will feature a drag show hosted by Nada Nuff and her cast of talented performers, with doors opening at 7 pm. Again, Power Hour runs from 9 to 10:30 pm with $2.99 drink specials. Jack Daniels and Twisted Teas will be $4.75 all night long, celebrating “Rally at the Alley Saturdays.”

The Back Alley said in a press release that, bringing forth and continuing with the rich nightlife this city has, the club is returning with its $3 Power Hour drinks, the napkin toss, concerts and live music, “and of course…one epic party.”

The nightclub also said that it is now Calgary’s “official home to live music,” with the introduction of “Friday Night Live.” This weekly event will showcase Calgary’s talent on the famous stage Fridays from 8 to 10:30 pm.

The venue’s calendar is filling up quickly, and The Alley said it’s gearing up to announce special events and concerts shortly. A “Hells Bells” party has already been scheduled at the venue for Halloween 2021.

Clear your calendars for the second weekend in September, and get ready to “Rally at the Alley” all over again!