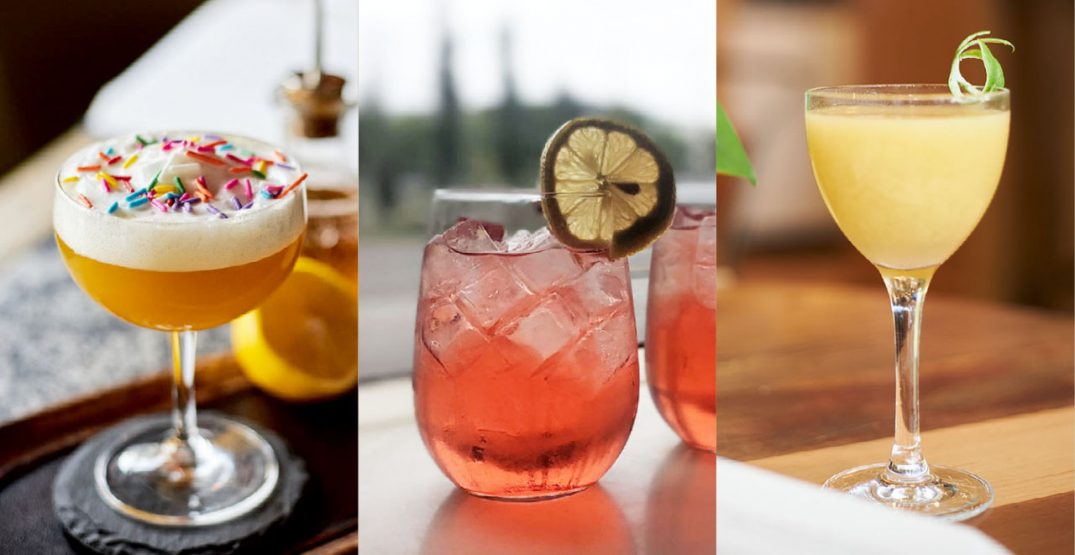 LGBTQ2S+ Pride celebrations run throughout the summer months in Alberta, with Edmonton’s Pride week just passed in June and Calgary’s coming up from August 27 to September 6.

One fun way to celebrate this year is by supporting a good cause while enjoying colourful and refreshing cocktails made by some of the province’s best bartenders.

In support of the Skipping Stone Foundation, Eat North has launched the Shake, Stir & Strainbow cocktail campaign for the fourth year in a row, bringing a unique fundraiser to Alberta while cheers-ing Pride.

Shake, Stir & Strainbow kicks off on Friday, August 13, and more than 50 restaurants and bars across the province have created Pride-themed feature cocktails that are available to order through September 3.

A complete list of participating Alberta locations and their Pride cocktail creations can be found below.

The campaign’s spirits partner is Remy-Cointreau, and bartenders at participating locations were asked to craft these vibrant drinks using a spirit of their choice from the company’s brands, which include Mount Gay Rum, Cointreau, Botanist Gin, Tito’s Vodka, and St-Remy.

A minimum of $1 from each cocktail will be donated to Skipping Stone Foundation, a province-wide charity that supports trans and gender-diverse youth through a variety of year-round programming.

Last year, the campaign raised over $5,000 for the charity, and this year event organizers have set a new fundraising goal of $6,000 by the time Shake, Stir & Strainbow wraps up on September 3.

Other spots you can get a Pride-themed cocktail in Alberta include:

So get out there and sip a colourful beverage for a good cause this month!

When: August 13 to September 3
Where: 50+ participating locations across Alberta