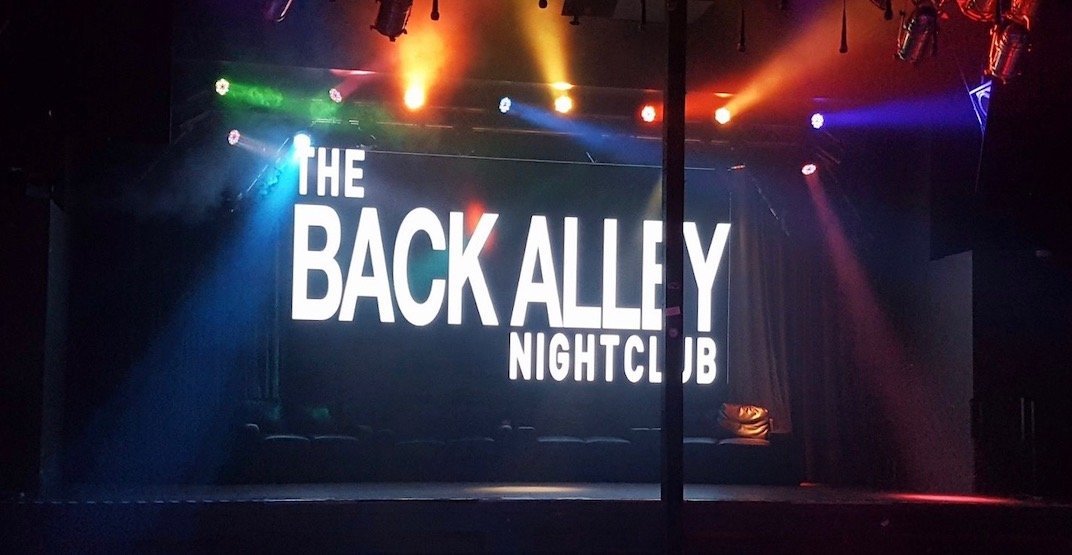 Throwback photo of The Back Alley (Ryan Lockhart/Facebook)

When one nightclub’s door closes, another one opens.

One of YYC’s most legendary establishments is officially making a comeback to the party scene later this month in the former location of the now-shuttered Marquee.

Daily Hive connected with the team from The Back Alley, a club that closed in 2013 but was run by Jim Turner and his business partner for 25 years before that. The former was also a DJ at the establishment for 10 years during its heyday.

Neither partner was involved with the Marquee group, and now that the concept has wrapped up, The Back Alley has plans for a serious comeback in the 4630 Macleod Trail S location’s 15,000 sq. ft. of space.

“We intend to make it a bigger and better Back Alley. The inside of the bar is extremely nice and very well appointed with nice seating upscale amnesties etc,” says Turner. “We plan to keep that but bring it back to The Back Alley where there is more of an anything-goes mentality, as long as it’s fun.”

“If it’s popular and fun, we will be playing it. We will also play tons of videos,” says Turner. “We are bringing in an absolute state-of-the-art light show that is exclusive to Calgary for over the dance floor that will be awesome.”

As for food, The Back Alley will offer grub from Grumans Delicatessen.

The team is hoping to aim for an opening date at the end of November. We’ll keep you posted as details are released!

The Back Alley Nightclub