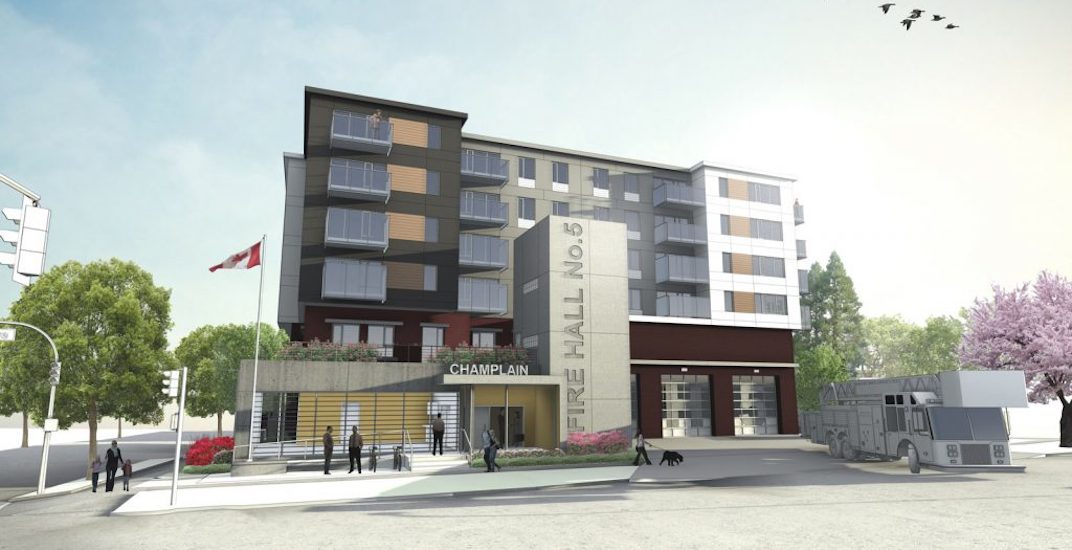 With real estate in Vancouver at a premium, to say the least, the municipal government is finding new ways to pack in new housing onto city-owned sites.

One of these projects is the redevelopment of Fire Hall No. 5, located at the southwest corner of East 54th Avenue and Kerr Street in Vancouver’s Champlain Heights neighbourhood. This replaces an ageing fire station built in the 1950s.

The redevelopment involves building a new six-storey building, with the first two levels dedicated to the new fire station, including three fire truck bays on the lower level and firefighter living quarters on the second level.

As for the remaining four levels above the fire station, there will be 31 two- and three-bedroom units designed for low-income, woman-led families, and their children. Residents will have access to a large outdoor rooftop patio space.

Johnston Davidson Architecture, a Vancouver-based firm that has designed nearly 50 fire stations across BC, is behind the project’s design. 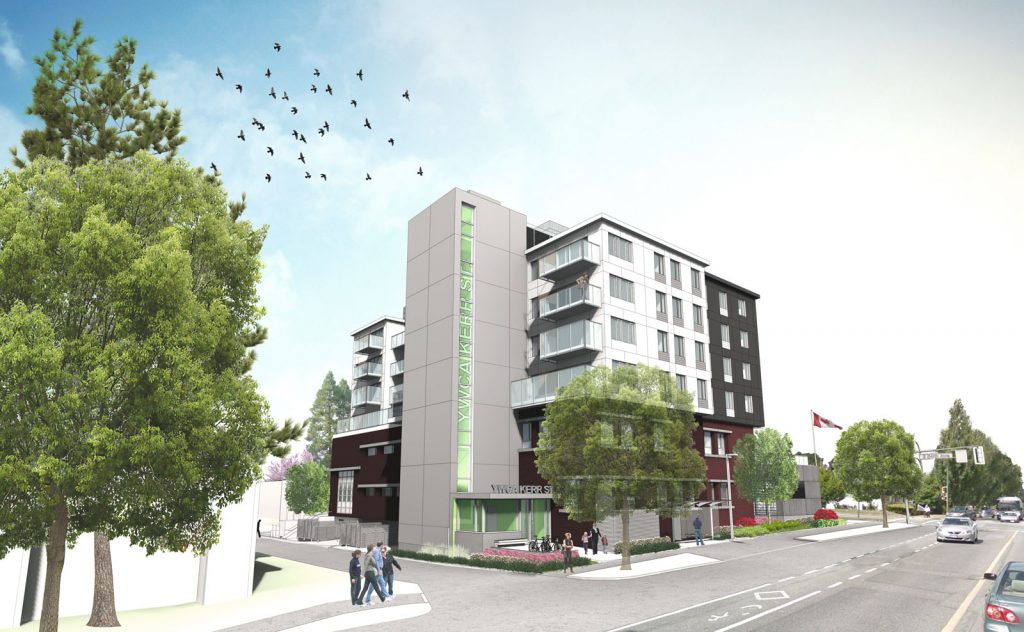 The entire redevelopment has a construction cost of approximately $26 million, with the municipal government providing $13.1 million for the replacement fire hall and $9 million for the new housing.

Another $2.75 million is being provided by YWCA Metro Vancouver, which will operate the housing portion of the facility, called YWCA Pacific Spirit Terrace. Streetohome Foundation is also contributing about $900,000.

Noise from the activities of the fire station below is not expected to significantly disturb the building’s residents.

When the project was approved in 2015, the city said “the noise from the activities of the fire department should not be any more intrusive to the tenants than what is heard by the neighbouring properties. An acoustic engineer will assist the design team to control the noise and make sure the design meets or exceeds current standards.”

Construction began in 2016 and is expected to reach completion later this year. The municipal government previously identified nearly two dozen sites where 3,500 units of permanent affordable and social housing could be built, and some of these sites have since become temporary modular housing buildings for the homeless.