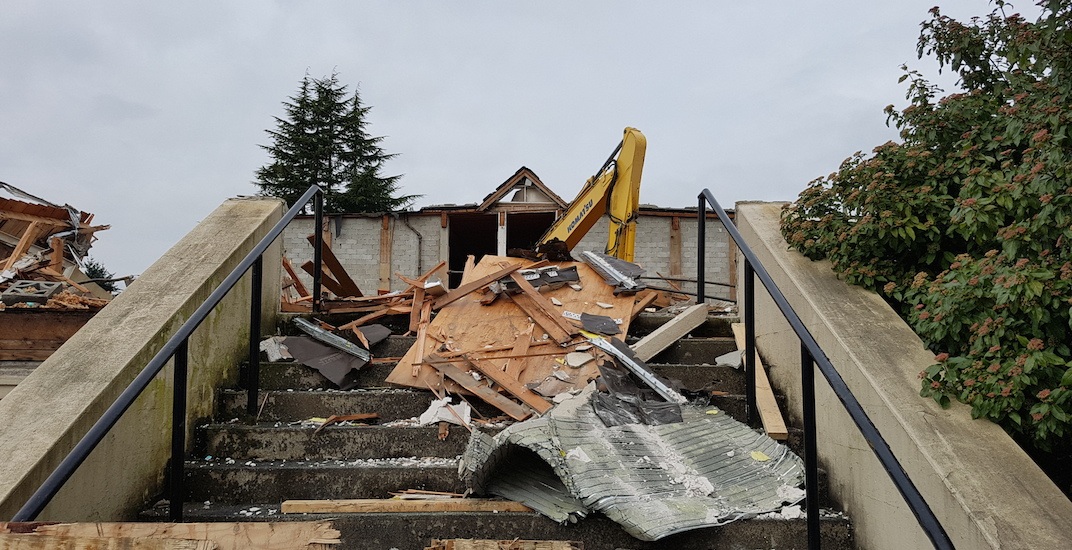 The demolition of Oakridge United Church on the Cambie Street Corridor began late last week and continued this morning.

It is the latest church property in Vancouver to undergo redevelopment as part of the denomination’s plan to provide its followers with new and modern facilities.

Structural wooden beams of the 1946-built church are now scattered as rubble across the site at 305 West 41st Avenue. 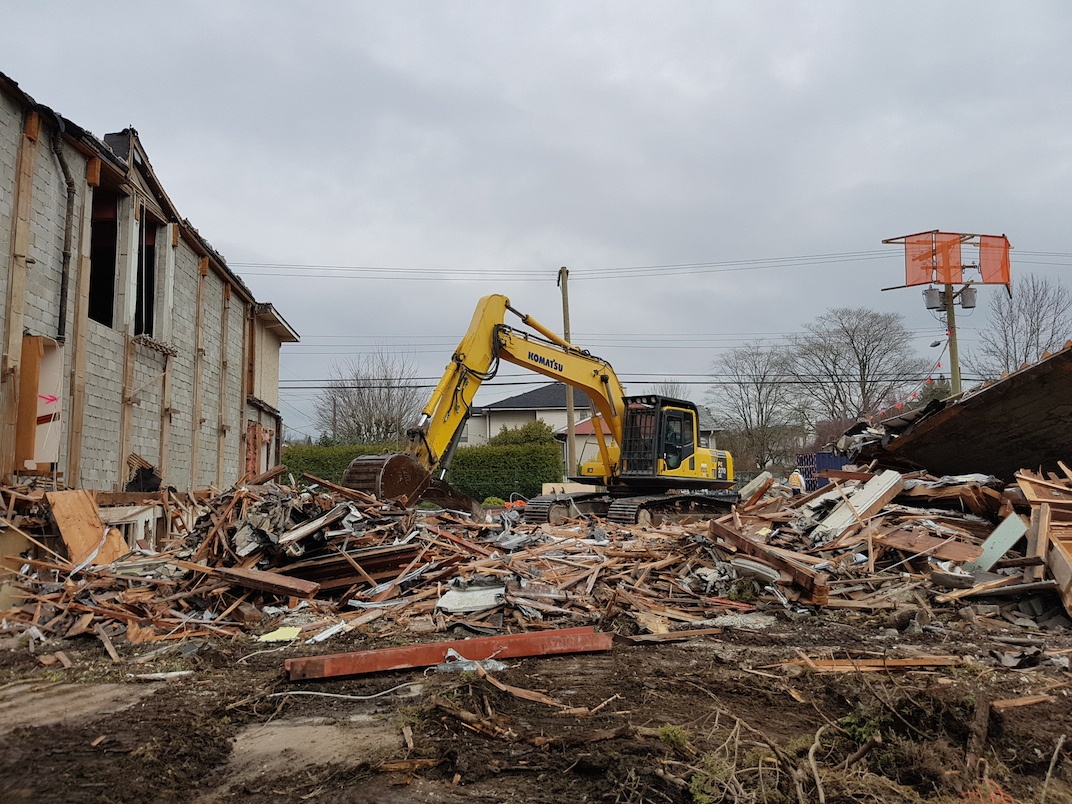 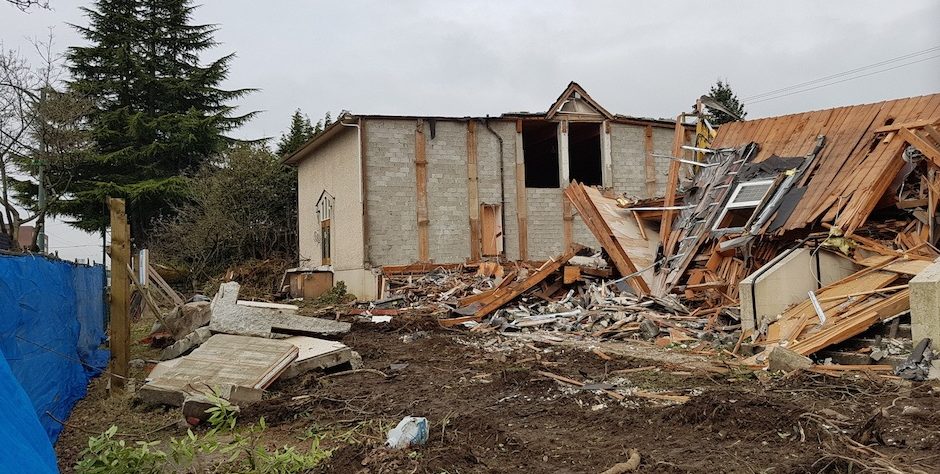 According to Heritage Vancouver Society, which ranked the the church in its Top 10 ‘threat list’ in 2015, the building was designed by Twizell & Twizell, which is also responsible for a number of church designs across the region. 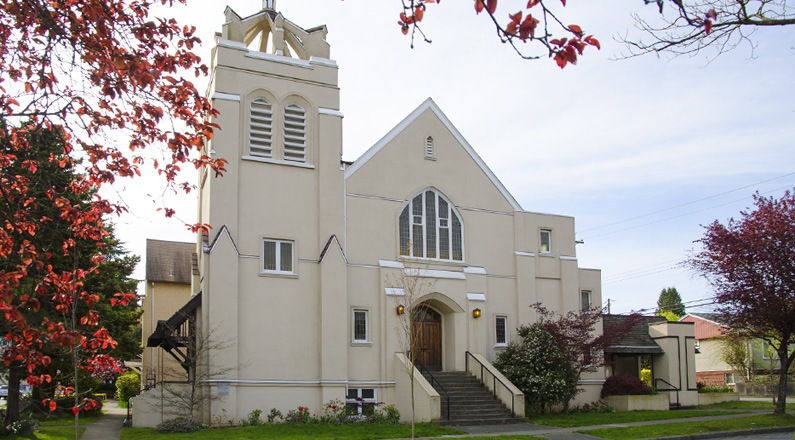 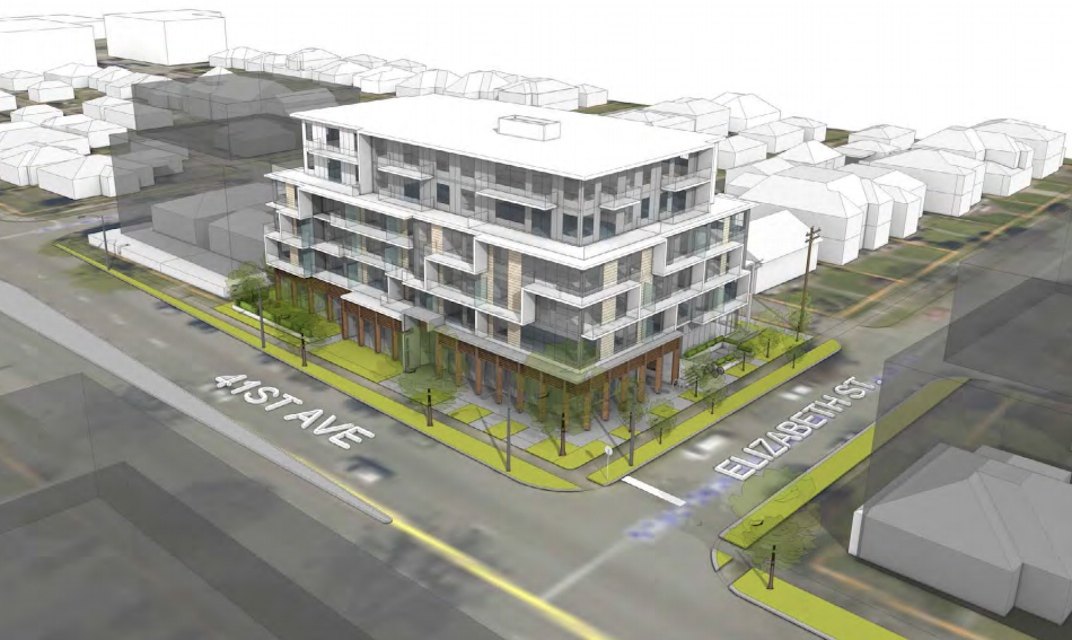 There will also be a 6,100 sq. ft. smaller, replacement church on the ground level, including a 1,411 sq. ft. sanctuary that doubles as a multi-purpose space.

Local developer Townline Homes intends to incorporate some of the most valued heritage elements of the old  place of worship into the new church space.

The large stained glass window will be retained intact and reinstalled within the new facility, wood slat ceilings and floors will be salvaged and refinished to create a wood ceiling throughout the sanctuary, and the lanterns could be preserved and re-purposed as landscaping elements.

Wooden doors will be directly reused within the facility, as will other ceremonial finishings such as chancels, altars, and the podium.

City Council approved the rezoning application for the project in October 2016. 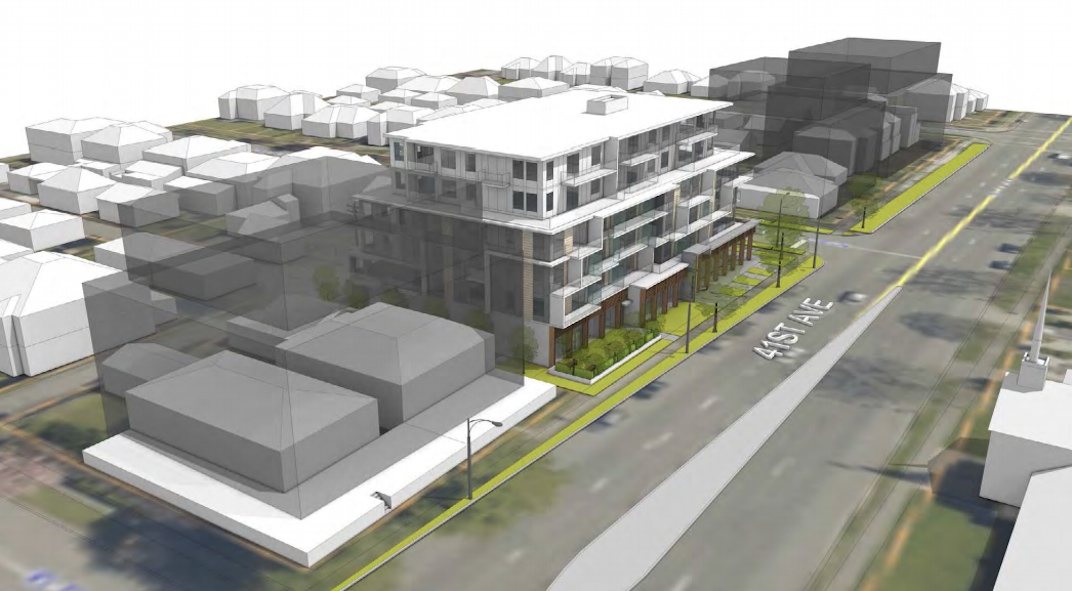 Two other churches – Oakridge Lutheran Church and Vancouver Chinese Presbyterian – in the area are also being redeveloped into mixed-use housing with replacement church facilities.

The largest church redevelopment project is currently the First Baptist Church project in downtown, which is restoring and expanding the heritage church. The adjacent parking lot is also being used for the construction of the Butterfly residential building. These projects are being spurred by the redevelopment potential that the Cambie Street Corridor Plan permits.

A major church redevelopment with market and social housing and expanded community spaces is also coming to Kerrisdale’s 1928-built Dunbar Ryerson United Church, which will be preserved and restored as part of the project.