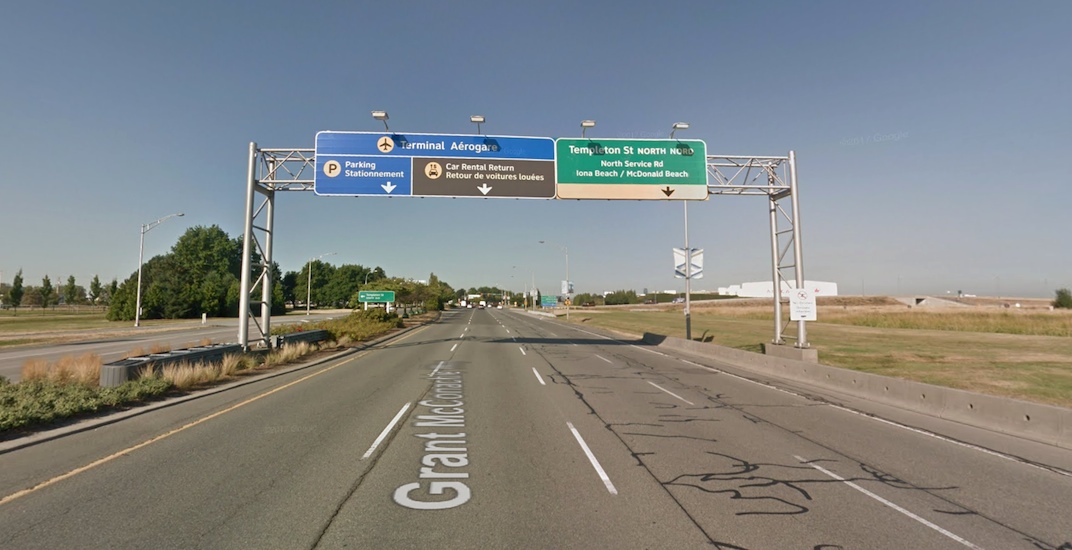 Vancouver International Airport (YVR) is warning travellers there will be laneway closures in both directions on Grant McConachie Way over a two week period starting on June 11.

The lane closures due to construction on the main arterial route to the airport terminal are expected to increase travel time.

Airport officials say the public should plan ahead and provide themselves with extra travel time. They also suggest taking SkyTrain to the terminal instead, which is the fastest way to travel from downtown to the airport during most times of the day.

Construction is being conducted for a BC Hydro utilities relocation project at the intersection of Grant McConachie Way and Templeton Street to accommodate the phase two expansion of McArthurGlen Design Outlet Centre.

The shopping mall expansion will open in spring 2019.