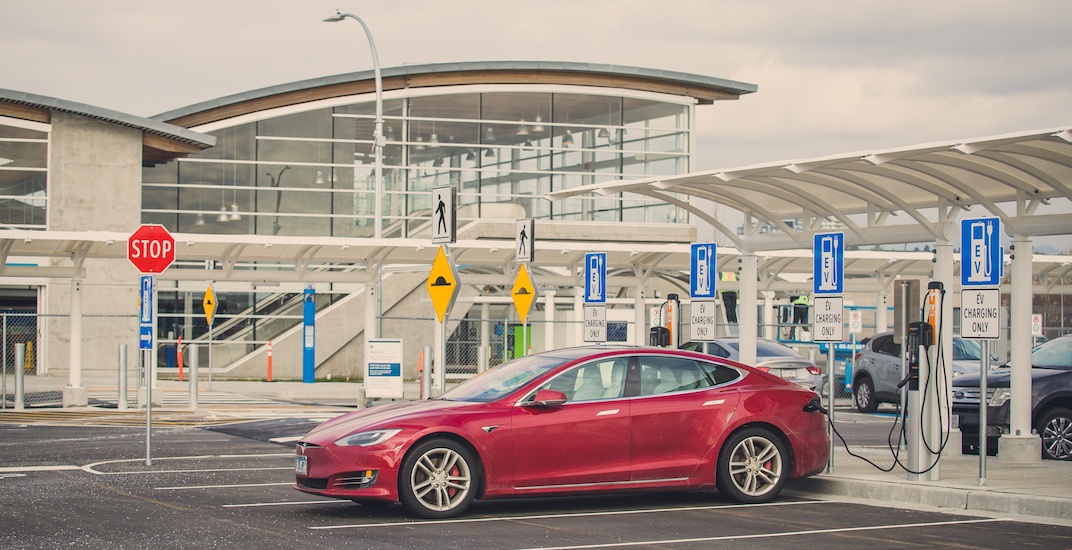 One of Vancouver International Airport’s long-term parking lots has been moved to a new location that is a short train ride away from the terminal building.

The old Value Lot adjacent to the parkade and terminal building closed at the end of February, and a new replacement facility – the Value Long Term Lot (VLTL) – opened at the start of this month.

With over 2,000 vehicle stalls, the new VLTL immediately adjacent to the Canada Line’s Templeton Station is larger than the now-closed lot, and it has enhanced features such as covered walkways, family and accessibility parking stalls, and electric vehicle charging stations. 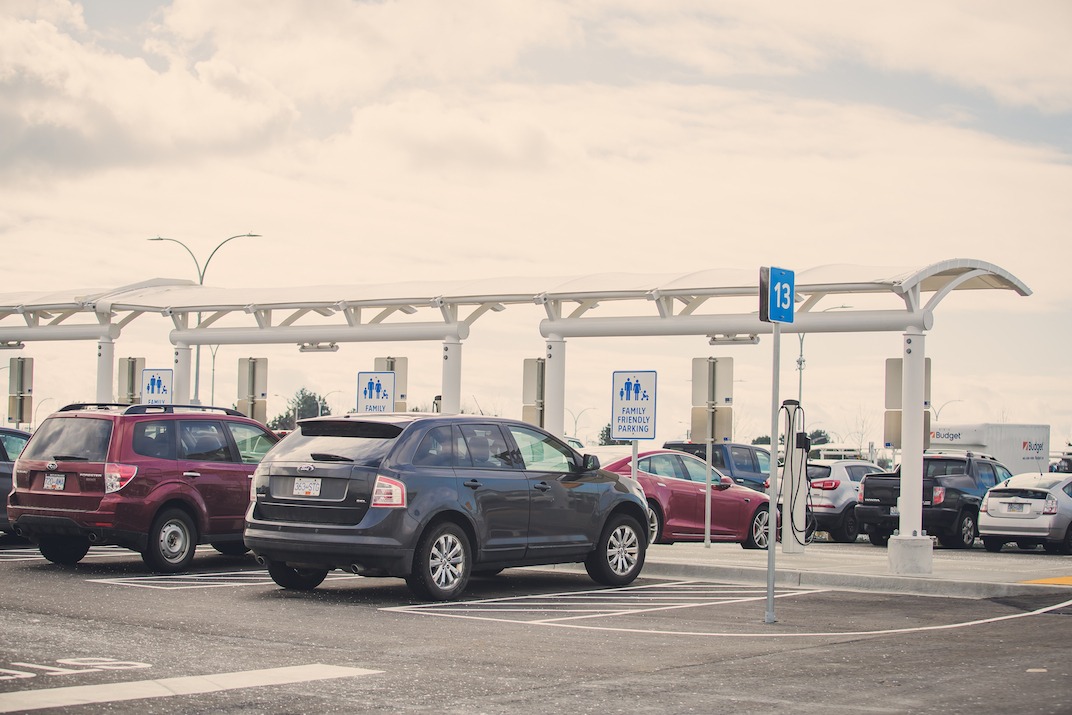 It is billed as the airport’s most economical long-term parking option, with rates starting at $15 per day or $96 per week.

Vehicle access to the VLTL is located just before Templeton Street off of Grant McConachie Way – near McArthurGlen Vancouver Airport Outlet Centre. 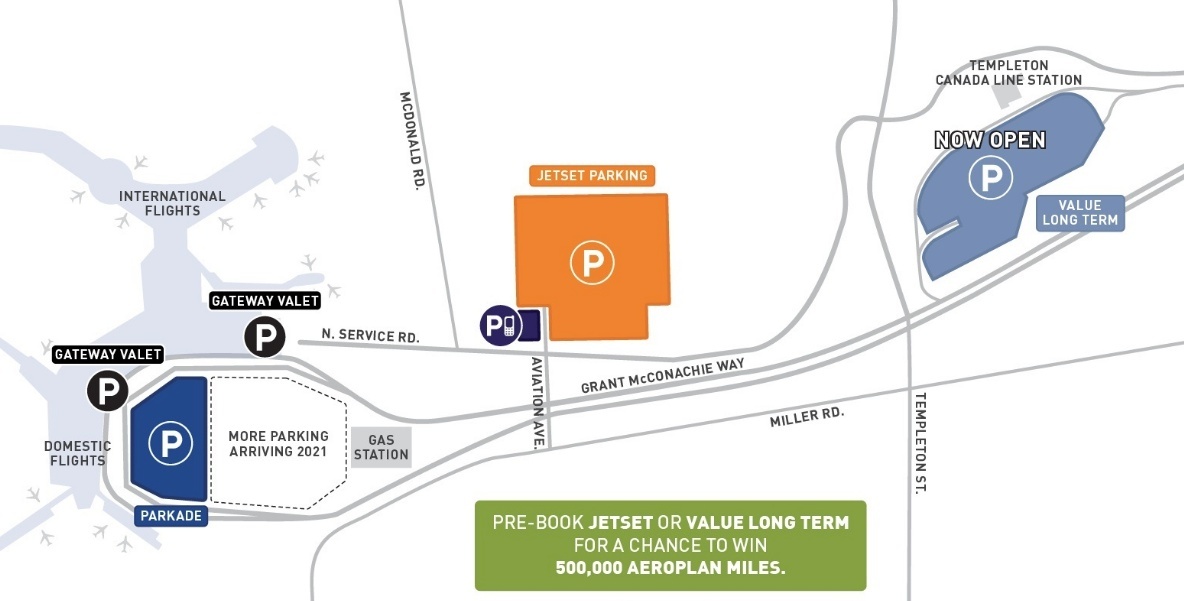 A 4-minute train ride away

At many other major airports, long-term parking facilities are usually located further out, and passengers are brought to the terminal facilities from the lots by a people mover.

And now, YVR is no different. The new lot is two stations away from the Canada Line’s airport terminus station, which directly serves the terminal building.

The VLTL is a four-minute-long train ride between Templeton Station and YVR Airport Station, with trains departing every seven to 20 minutes from 5:10 am to 1:27 am. 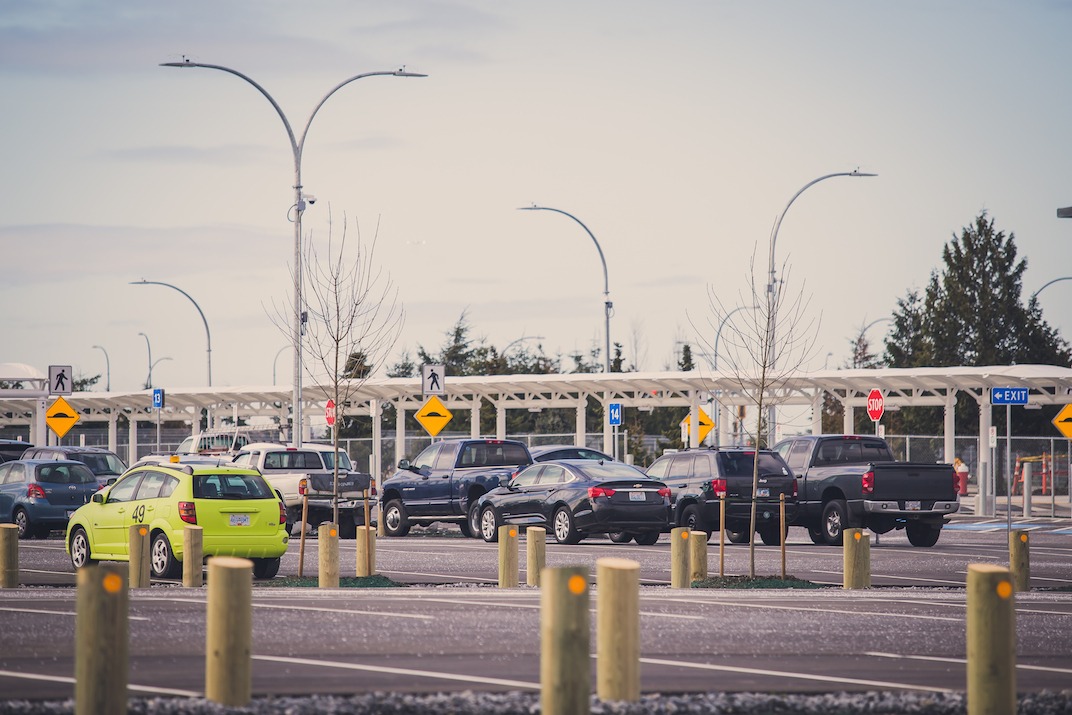 All train rides between YVR Airport Station and Templeton Station are free at all times as SkyTrain within Sea Island doubles as an airport people mover. To pass through the fare gates, passengers must obtain a free ticket from the Compass machines at any of the three airport stations.

For passengers who park their cars during the early overnight hours when SkyTrain is not operational, a free bus shuttle will run from Templeton Station every 30 minutes or less. These bus shuttles will depart from a new heated enclosed bus shelter, which features GPS bus tracking and flight information on display.

The new VLTL is amongst the first expansion and improvement projects completed as part of YVR’s ambitious $5.6-billion expansion plan, which includes new terminal buildings and a new elevated taxiway over Grant McConachie Way.

The plan also calls for the construction of a geothermal power plant, four backup power generators, and a six-storey parkade expansion next to the existing parkade. All three of these non-aeronautical projects will be built on the site of the now-closed Value Lot.

“As YVR experiences record passenger growth, the new parking lot marks one of our ongoing multi-year expansion projects that will ensure we continue to deliver an exceptional airport experience,” said Scott Norris, Vice President of Commercial Development for Vancouver Airport Authority, in a statement.

“While travellers become familiar with the new lot, we encourage them to leave extra time and have a parking plan in place before heading to the airport.”

Besides the new Value Long Term Lot, passengers can also park their vehicle at three other YVR parking facilities: