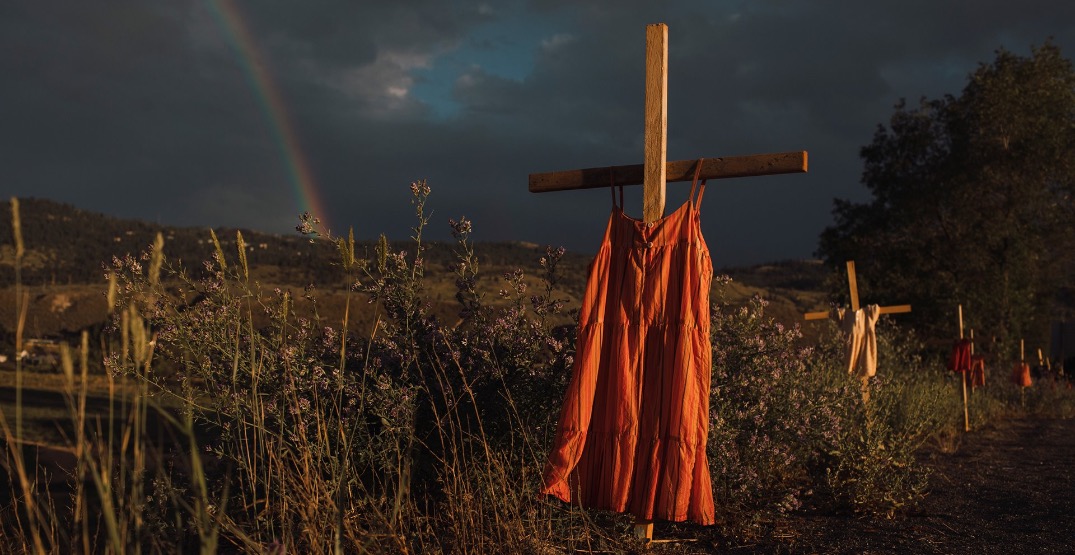 A haunting image outside a Kamloops residential school taken by a Canadian photographer has been named the World Press Photo of the Year.

Amber Bracken, a lifelong Albertan, is a freelance photojournalist based in Edmonton, Canada and snapped the photo for The New York Times last June.

The photo commemorates the children who died at the Kamloops Indian Residential School, following the detection of as many as 215 unmarked graves in Kamloops, British Columbia.

“This winner represents the awakening of a shameful history that is finally being addressed in Canada. It is a perfect image which captures a rare light and is at once haunting, arresting, and symbolic,” noted comments from the jury that picked the photo.

“The single image requires an active eye, and encourages us to hold governments, social institutions, and ourselves accountable,” it added.

“The jury awarded this image the World Press Photo of the Year because it summarizes a global history of colonial oppression that must be addressed in order to tackle the challenges of the future.”

Bracken took to her Twitter to show her appreciation, saying, “I’m absolutely thrilled to announce this picture has won World Press Photo of the Year—which is a hell of a title isn’t it?” before sharing some thoughts from Tk’emlúps te Secwépemc chief Rosanne Casimir.

I’m absolutely thrilled to announce this picture has won World Press Photo of the Year—which is a hell of a title isn’t it? Before I catch up to the incredible and deeply appreciated outpouring, I wanted to share some thoughts from Tk’emlúps te Secwépemc chief @RosanneCasimir https://t.co/JjF3CmeGDP

Bracken is just the fifth woman to win World Press Photo of the Year. She previously was given first prize in the 2017 Photo Contest, Contemporary Issues for her work at Standing Rock.