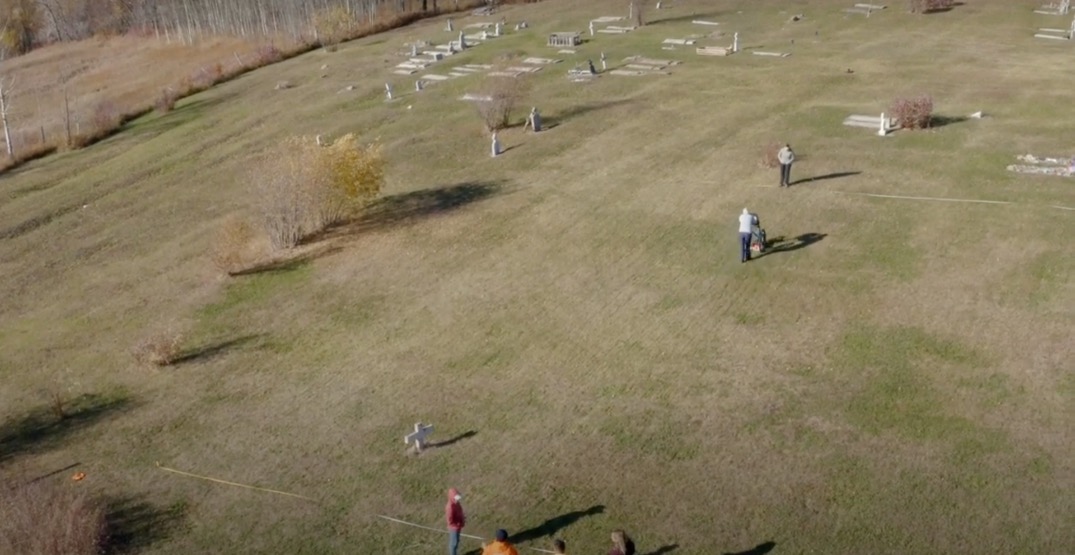 A northern Alberta First Nation says 169 potential graves have been found using ground-penetrating radar at the site of a former residential school.

The residential school, also known as St. Bernard Mission School, was opened in 1894 and closed in 1961.

The survey was conducted over a six-day span in four general areas separated into 15 individual grids, according to the final report.

These areas were identified through engagements with survivors and community members in August of 2021 and through discussions with the Kapawe’no First Nation chief and council.

The archeology department at the University of Alberta also led the project, with a full summary of the project here.

The team also searched areas around a church, a former nun’s residence, and an area around an old root cellar.

The First Nation also released a documentary on YouTube about the site and the project.

Support is available for anyone affected by their experience at residential schools or by the latest reports. A national Indian Residential School Crisis Line has been set up to provide support for former students and those affected.