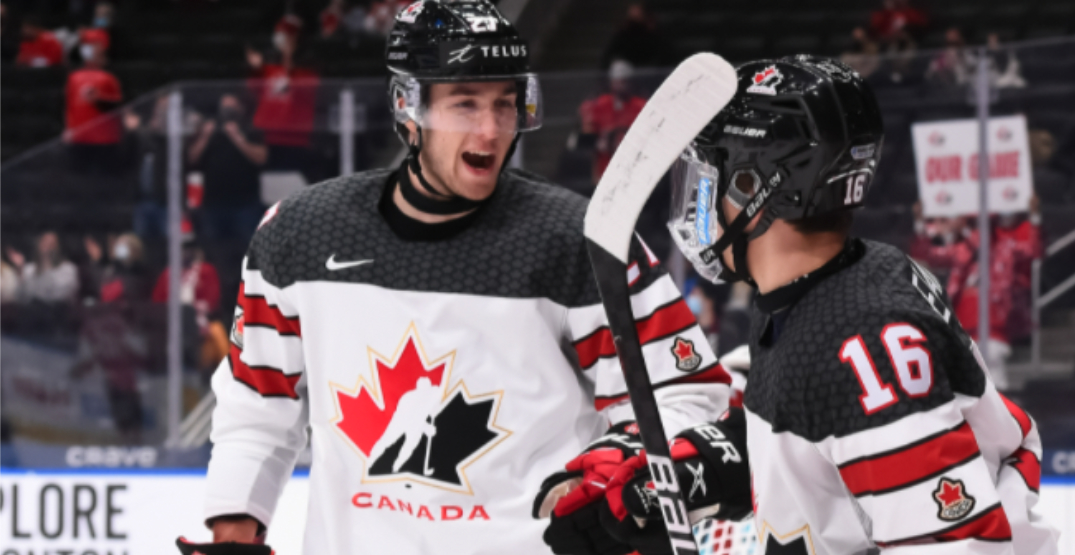 The 2022 World Juniors are officially back on the docket.

The International Ice Hockey Federation has officially rescheduled the World Junior Championship for August 9-20 at Rogers Place in Edmonton, Alberta, according to its website.

It’ll follow the Hlinka Gretzky Cup, which is expected to be held in Edmonton and Red Deer, Alberta, during the first week of August.

The 2022 World Juniors – which started December 26 and were expected to run until January 5 in Edmonton and Red Deer, Alberta – were cancelled on December 29 after a rush of positive COVID-19 tests and concern about Omicron prompted a series of forfeited games.

A resumption of the tournament in August was announced last month, after rumours about a summer start were reported in January.

Results and statistics from the December games will not count in the tournament restart, and there will be no relegation round.

Russia will not be able to participate either. The country has been barred from IIHF tournaments for the foreseeable future for its invasion of Ukraine.

In a statement released in late February, the IIHF announced the suspension of “all Russian and Belarusian national teams and clubs from participation in every age category and in all IIHF competitions or events until further notice.”

Canada will play in Group B alongside Finland, Czechia, Slovakia, and Latvia. Group A will consist of Sweden, Germany, Switzerland, Austria, and the United States.

The same age group of players will remain eligible, too.

A game schedule will be announced at a later date.