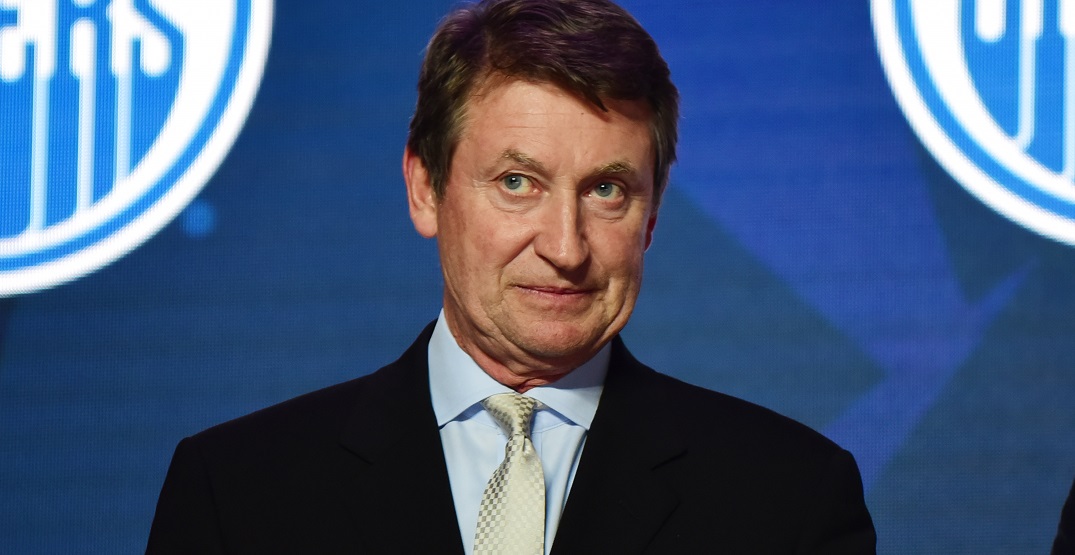 Wayne Gretzky is the latest high-profile sports figure to speak out against the Russia-led invasion of Ukraine.

“We wish everybody in Ukraine all our best. Our thoughts and prayers are with them,” Gretzky said during Saturday night’s TNT broadcast. “We all agree that this is a senseless war.”

Asked about the hockey connections to the invasion, the Hockey Hall of Fame member Gretzky brought up Russian participation in international events as a possible no-go in the future.

After being cancelled on December 29 due to a coronavirus outbreak among multiple teams, the World Juniors will be starting from scratch later this summer in Alberta once again.

But Gretzky doesn’t think that Russia should be allowed to compete in the rescheduled World Juniors.

“I think [the IIHF] should say we’re not going to let them play in the world junior hockey tournament,” Gretzky said. “I think we’ve got to as Canadians take that stance since the game is … going to be played in Edmonton.”

Russia’s Pool B actually plays their round robin games in Red Deer, though they’d likely qualify for one of the playoff games at Edmonton’s Rogers Arena.

While he didn’t specify his connections, Gretzky also said he’d been in contact with a “couple guys” living in Ukraine.

“They’re actually driving from Kyiv with their families for 14 hours, dropping them off, driving back and picking up rifles and guns so they can protect their own city,” he said.

There is no set date for the rescheduled World Juniors, though

“We are talking with all participants and are negotiating on details,” IIHF President Luc Tardif said earlier this month.