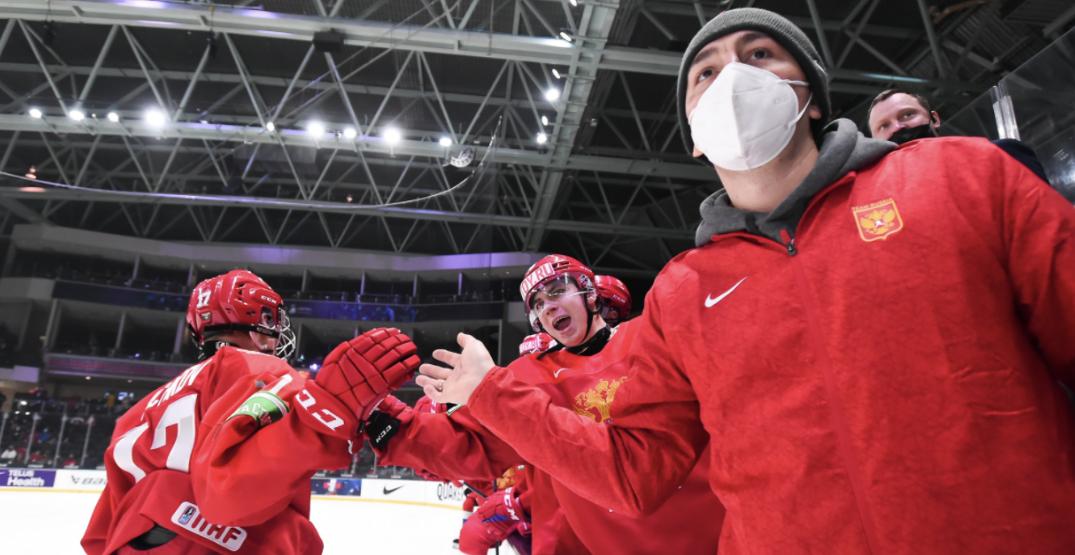 The World Junior Hockey Championships are heading back to Alberta this summer, but it doesn’t seem like Russia will be a part of it.

The International Ice Hockey Federation (IIHF) is the latest major sporting body to come out with a statement against Russia in response to its invasion of Ukraine.

In a statement released Monday, the IIHF announced the suspension of “all Russian and Belarusian national teams and clubs from participation in every age category and in all IIHF competitions or events until further notice.”

The IIHF also revoked the 2023 IIHF World Junior Championship hosting rights from Russia, as the games were slated to be played in Novosibirsk and Omsk.

“These two actions have been initiated by the council in order to enable the IIHF to ensure the safety of IIHF Championships and all participating players, officials, and fans,” the IIHF wrote in the release.

“The IIHF is not a political entity and cannot influence the decisions being taken over the war in Ukraine,” said IIHF President Luc Tardif. “We nevertheless have a duty of care to all of our members and participants and must therefore do all we can to ensure that we are able to operate our events in a safe environment for all teams taking part in the IIHF World Championship program.”

The NHL also released a statement Monday on the situation, stating it’d be ending business partnerships with Russia while pausing its Russian social media and digital channels.

“We also remain concerned about the wellbeing of the players from Russia, who play in the NHL on behalf of their NHL Clubs, and not on behalf of Russia,” the NHL added. “We understand they and their families are being placed in an extremely difficult position.”