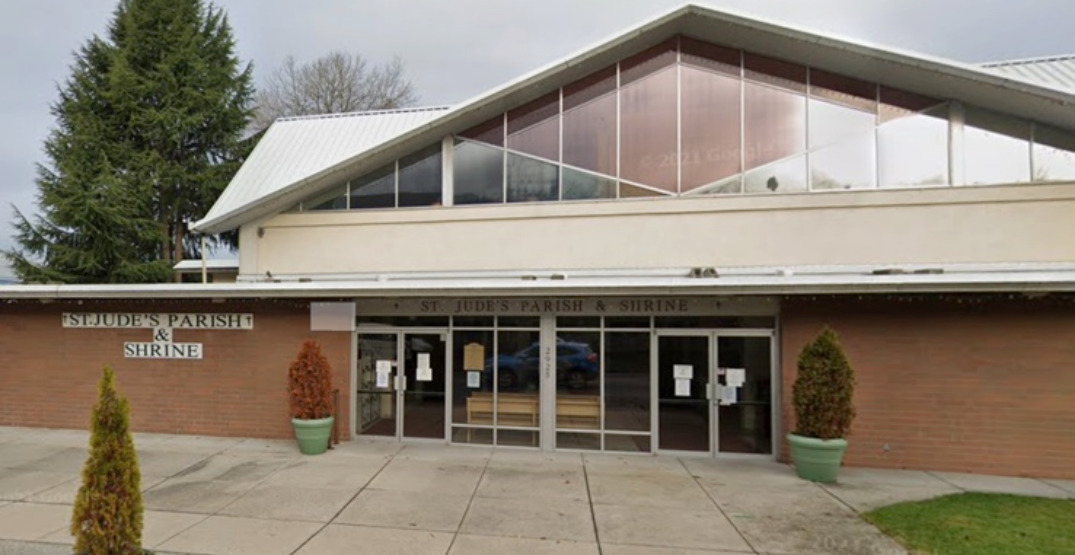 An investigation by the Vancouver Police Department, which was launched in July, has led to criminal charges against two women who allegedly defaced an East Vancouver church.

The incident took place in the evening on Canada Day. It involved orange paint being splashed onto the side of the building of St. Jude’s Parish, which is located near Rupert Street and Grandview Highway.

The BC Prosecution Service has approved one count of mischief against both Emily Luba and Zoe Luba, who are both 27-years-old. Penalties for mischief charge vary, according to Legal Aid BC, but can include a fine, or in more serious cases, jail time.

It was not the only attack that took place at a Vancouver church over the course of the summer. This incident was one of 13 acts of vandalism that occurred between June 2, and July 20.

“Fortunately, nobody has been hurt in these Vancouver incidents and most of the damage has been minor,” said VPD Sergeant Steve Addison at the time of the incidents.

“However, we’re growing more concerned each day by the escalation of these crimes and their brazen nature, and we’re calling on the people responsible for these crimes to stop. There are more productive ways to voice your anger and express your views.”

The attacks occurred on the heels of discoveries of bodies being found at former residential schools across BC.

Other incidents during the summer included a church window being smashed in Kitsilano, a Little Mountain church being vandalized with red paint, and a pastor in South Cambie discovering a gallon of lighter fluid and rags near the side of the building of his church.