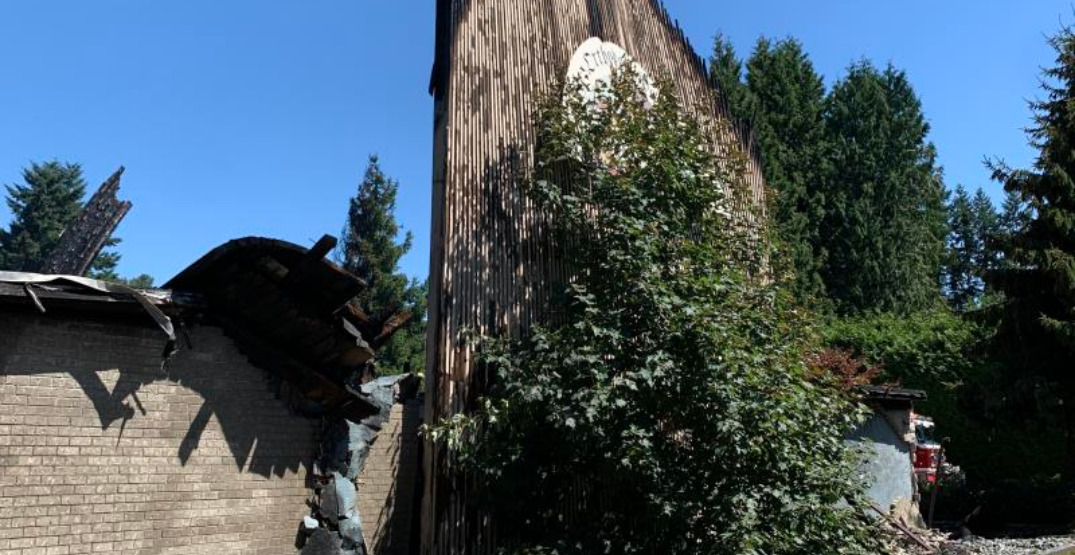 The St. George Coptic Orthodox Church was destroyed in a fire on July 19, 2021 (St. George Church).

Charges have been laid against a 35-year-old woman in relation to an overnight fire that destroyed the St. George Coptic Orthodox Church in Surrey.

The initial incident took place on the morning of July 19. The third-alarm blaze engulfed the building, eventually causing it to collapse. At the time, the cause of the fire was unknown, although the RCMP said it was being treated as suspicious and began working with fire crews to investigate the cause.

At the time, it was also noted that the church was the target of an attempted arson earlier that month. On July 14, a female suspect lit items at the door of the church on fire.

Police now say that Kathleen Panek was arrested on August 26. Panek was charged with two counts of arson in connection to both the July 14 and 19 incidents.

“The loss of the St. George Coptic Orthodox Church has had a significant impact on members of that congregation and the greater community,” RCMP Sergeant Elenore Sturko said in an emailed release.

“We hope that this announcement of an arrest and charges will bring some comfort to those who were impacted.”

Shortly after the church was burned down in July, its members released a statement calling for the help of government officials and explaining just how important the church was to the community.

“Our church was more than a building,” reads a statement from St. George. “It brought together a diverse congregation of Coptic, Eritrean, Ethiopian, Iraqi, and Lebanese Orthodox believers.”

Parish Priest Fr. Bisenty Gerges said that the loss was both shocking and devastating, although he’s confident that the community will come together to rebuild it.