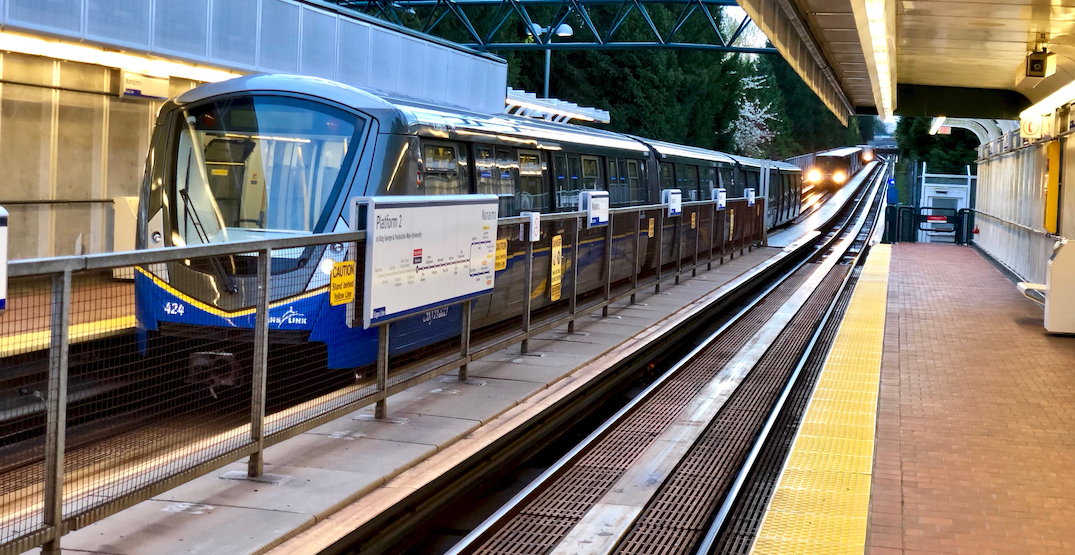 New Westminster Police are investigating an incident that occurred at the Columbia Street SkyTrain Station on Thursday evening, in which a woman was pushed onto the SkyTrain tracks.

In a release, police said the incident took place at approximately 6:20 pm, when officers received a report of a male who had pushed a female off the Columbia Street SkyTrain Station platform under an oncoming SkyTrain.

Police responded to the scene, along with members of the Transit Police, British Columbia Ambulance Service, and New Westminster Fire Department.

Police said the 32-year-old victim was initially trapped under the SkyTrain and had to be freed.

“Once she was freed, she was transported by British Columbia Ambulance Service to hospital,” police said.

They noted that she was “conscious and talking” during the ordeal and sustained “serious but non-life threatening injuries.”

A 24 year-old-man remained on scene and was taken into custody by members of the New Westminster Police Department.

Now, as the investigation continues, police said they have interviewed witnesses, reviewed SkyTrain video, and interviewed the man.

As a result, “the evidence to date revealed that the victim had a physical altercation with someone on the platform,” said NWPD Insp. Andrew Perry. “The male that was taken into custody has been released pending further investigation and no charges have been laid at this time.”

However, “the incident is still under investigation, and the NWPD said it is “aware that there were people on the platform at the time of this incident that we have not spoken with.”

As such, they are encouraging all potential witnesses to contact the New Westminster Police Department at 604-525-5411. The department’s Victim Assistance Unit is also available to support anyone who witnessed this incident, police said.