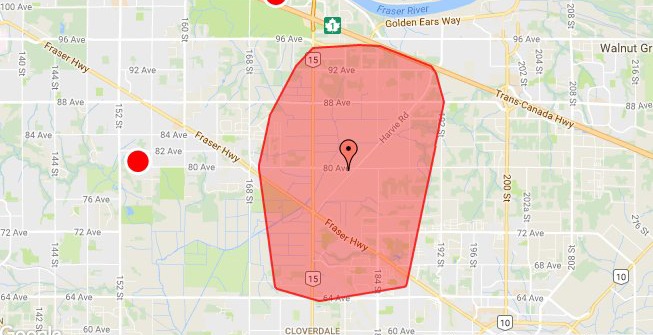 Power outage in Surrey (BC Hydro)

Some 20,782 BC Hydro customers in the Lower Mainland were without power on Tuesday morning, after a huge wind storm hit the region hard.

According to BC Hydro, there are currently 1,112 customers with no power in Abbotsford, and 2,814 homes without power in Chilliwack.

Some 159 customers in North Vancouver and 33 in Port Coquitlam have had power knocked out due to downed wires.

Meanwhile in Surrey, 1,182 customers are without power due to the windstorm.

BC Hydro crews are either on site or en route now working to restore power and track down the exact cause of each power cut across the Lower Mainland.

In addition to the precipitation, gusts as strong as 90 km/h were also expected.

For full updates on all BC Hydro power outages, check their outage list here: bchydro.com/power-outages.