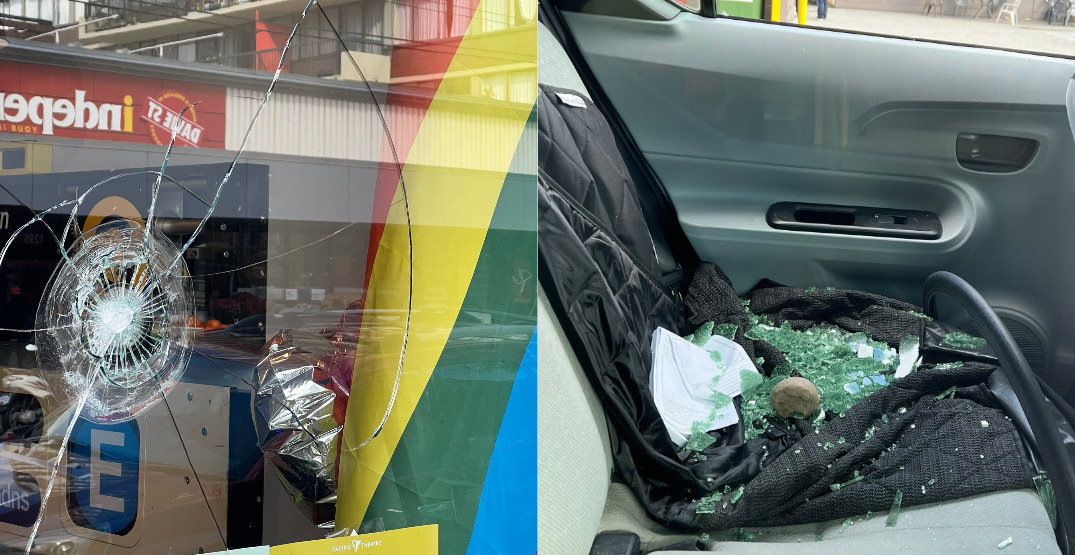 Three windows were damaged over the course of five minutes, with one car window being completely smashed.

One person has been arrested as a result of the incident.

According to Doucette, drug and mental health issues may have played a role in the incident.

Three windows damaged within five minutes along Davie this afternoon. One person arrested.

John Clerides, the owner of Marquis Wine Cellars, told Daily Hive at the time that neighbouring businesses were also impacted.

Responding to that incident, the Downtown Vancouver Improvement Association said it was important to advocate for those dealing with mental illness, while still making sure there were consequences for anyone engaged in criminal activity.

On September 16, the VPD announced increased community patrols in the downtown core to combat the rise in crime.

Daily Hive has reached out to the VPD for more information.