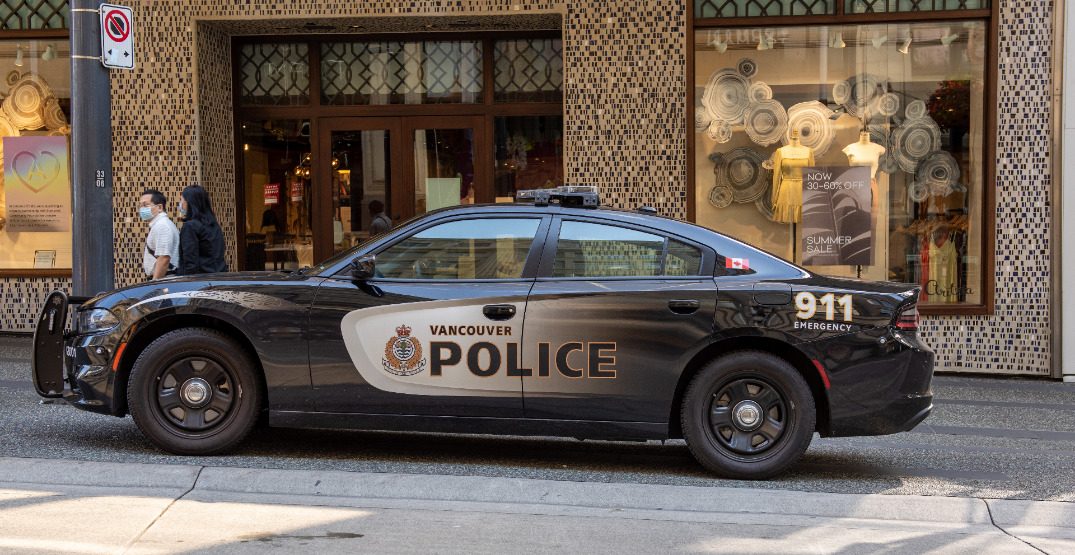 As crime rates spike in the Vancouver West End and Granville Street downtown, the Vancouver Police Department (VPD) has decided to redeploy some officers to respond immediately.

Officers will be deployed on foot and by bicycle to increase the street-level police presence.

The redeployed officers will include members of the neighbourhood policing team, who will be working directly with business owners and residents in regards to their concerns.

The neighbourhood response team took 1,400 calls, seized 210 weapons, and liaised with over 300 vulnerable people to ensure their safety and wellbeing, during a 42-day deployment in the fall of 2020.

“We know that many of these crimes are committed by a small number of career criminals, and we’re going to make life uncomfortable for them,” said VPD Sergeant Steve Addison in a statement.

“We also know there are a lot of people facing homelessness, addiction, and mental illness in the downtown core. We want to assure the community that these vulnerable people will not be the focus of our attention.”

In a statement to Daily Hive, Mayor Kennedy Stewart acknowledged the safety concerns.

“We are taking enormous steps to keep our city safe during these unprecedented times, and are all so grateful for the hard work of our frontline workers.”

He went on to add that the latest police budget is the largest in the city’s history.

“On top of that, we have increased funds for street cleaning and are working hand in hand with local business associations by increasing funds to tackle graffiti removal.”

On September 14, three Vancouver councillors wrote an open letter to downtown residents and businesses in regards to the growing concerns about safety in downtown.