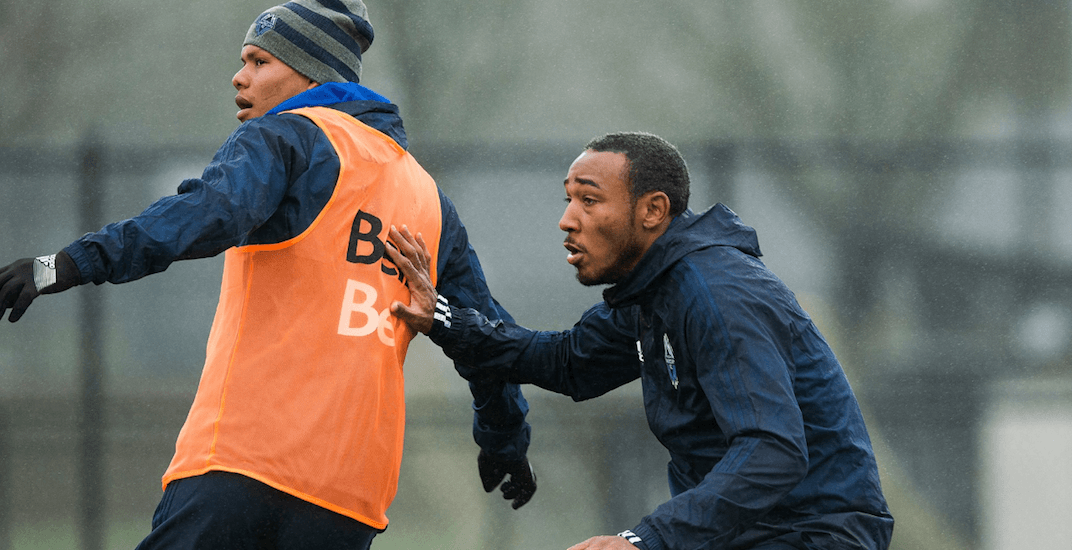 One thing is for certain, the Vancouver Whitecaps will look drastically different on the pitch this season.

And no, I’m not referring to the new kit they unveiled Friday morning.

New head coach Marc Dos Santos has had as busy an offseason as you could imagine. Tasked with rebuilding a broken team, 18 players left town this winter, including many of the team’s most recognizable faces like Alphonso Davies and captain Kendall Waston.

The process for replacing many of those players lost has been a slow one, as training camp opened up this week with numerous holes that had gone unfilled.

Dos Santos has been patient, promising that help was on its way.

“It’s not like going to Zara to buy a pair of jeans,” he joked earlier this week, adding that he’s looking for players with specific characteristics that will fit into the team’s new style of play.

Officially, the Whitecaps have acquired three new players this week, including a key signing on Friday, with many more moves rumoured.

Good thing, because there’s just over five weeks to go before their MLS regular season opener on March 2.

The club made perhaps their most impactful move of the offseason Friday, acquiring 24-year-old Brazilian winger Lucas Venuto via transfer from FK Austria Wien. Venuto spent the past five seasons in the Austrian Bundesliga, and has a resume of 26 goals in 115 starts (151 total appearances) with Red Bull Brasil, FC Liefering, SV Grödig, and most recently Austria Wien.

“Lucas is a very fast and dynamic winger who has a lot of energy in his game,” said Dos Santos in a media release. “He always looks to attack, take players on, and he has an incredible work ethic on both sides of the ball. This is a player who left Brazil when he was young and was able to adapt quickly in Europe. We believe he’s a perfect fit for the way we want to play, and we are very happy to add him to our roster.”

The Whitecaps are set to acquire Icelandic forward Kolbeinn Sigthorsson on a 12-month loan from FC Nantes according to French newspaper Ouest-France.

The 28-year-old scored 31 goals in 80 appearances with Dutch club Ajax from 2011-2015, but has had a difficult time with Nantes, scoring just three times in 30 appearances since 2015. Sigthorsson has been used sparingly since 2016 after suffering a knee injury that required surgery.

He has 23 goals in 48 career international appearances for Iceland’s national team.

I can confirm that Club Tunisien have agreed term with the @WhitecapsFC for the transfer of Jasser Khemiri. The 🇹🇳 club should also receive a percentage of a future transfer of Khemiri if he goes to another club#VWFC #TFC #IMFC #MLS

Montreal-based journalist Sofiane Benzaza is reporting that the Whitecaps have agreed to a transfer agreement with 21-year-old Stade Tunisien centre back Jasser Khemiri.

Translation: “it seems that another one is going to leave me”

Looks like they either accepted the offer I was talking about or a new one came in.

Also opens up room in the roster to add two new strikers. 🤔😉

Yordy Reyna’s Insta-story has led people to believe that forward Anthony Blondell is on the way out to a club in Chile.

Reyna tagged five players, all of whom have officially left the club except for Efrain Juarez, with the comment “missing the band.”

The inclusion of Juarez is interesting, since he hasn’t been seen at training all week. Many expect that he too will be gone.

Both Blondell and Juarez had disappointing first seasons in Vancouver last year.