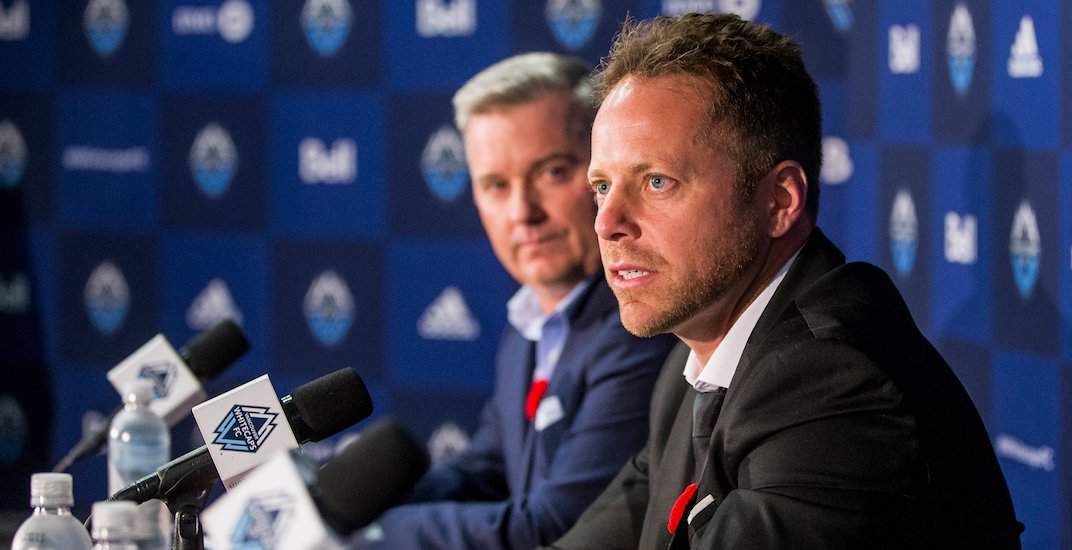 The 2019 Vancouver Whitecaps season couldn’t have gone much worse.

Finishing dead-last in the Western Conference with an 8-10-16 record, the Whitecaps were never able to find their form under new head coach Marc Dos Santos.

Expect another busy off-season as the organization looks to build towards contending for an MLS playoff spot in 2020.

Dos Santos spoke to Daily Hive earlier this week, providing an update on his off-season scouting trips, the club’s search for a sporting director, Doneil Henry’s status, and the strategy heading into the MLS SuperDraft.

Where in the world is Marc Dos Santos?

Dos Santos and his coaching staff have been all over the globe scouting and evaluating potential players the team could bring in ahead of next season.

The extensive travel means that Dos Santos will be away from his family for much of the fall. He expects to spend the majority of his time on the road until December 15.

“It’s easier than last season,” Dos Santos explained to Daily Hive. “It’s much more accurate what we’re looking for in the positions that we want to fill. There’s a much deeper evaluation of the roster and where we’re at, and the evaluation of the league.

“It becomes easier to know where you’re going, and why you’re going to certain places. It’s a lot of work until we really have everybody in place. The sporting director, the scouting department is in place right now and working hard. It brings much more work to the coach, but it’s part of the job.”

Earlier this month Whitecaps assistant coach Vanni Sartini was spotted in Sweden scouting Malmo FF. French-born Fouad Bachirou appears to be on Vancouver’s radar according to a report out of Sweden.

“In the next 22 days, I’m going to be four days with the family. It’s all about making the club better, and that’s what we want to do. My family understands, the people around me understand. It’s a lot of work, sacrifice.

“There’s a lot of time zones, it’s uncomfortable. Sometimes you travel to from one city, to another, in a helicopter or a little jet, to two or three places to make sure that you’re able to cover all the ground. It’s been interesting, but it’s been important for what we want to be next.”

The search to find a sporting director to lead the club has been underway since Bob Lenarduzzi was moved out of his role as Whitecaps president on August 16.

The Whitecaps would like to have a sporting director in place before the MLS Cup on November 10.

Has Dos Santos previously worked with the yet to be named sporting director?

“No, it’s going to be the first time. I’ve never worked with him before. I know him, I think he’s very good, and I’m excited to work with him.”

When asked to confirm this new-found information, a Whitecaps spokesperson said that while Dos Santos has been part of the process, “nothing has been completed.”

There are several areas where the Whitecaps need to improve. A top scoring striker, attacking midfielder, creative winger, defensive midfielder, and a centre back remain the top priorities for the club.

Unlike last year, a complete overhaul of the roster won’t happen. Dos Santos wants to make adjustments and key improvements without shaking up the balance of the team this time around.

“Hopefully we’ll be able to get the players that we want.”

Doneil Henry’s status for next season

The Whitecaps have until November 21 to pick up or decline Henry’s option for next season. The Canadian centre back finished third in team scoring with four goals last season, earning a $204,241 salary.

“Doneil, today is our player. We have an option, and now we’re just looking at a solution to make everybody happy,” Dos Santos reiterated.

“My concern is in other positions. It’s not a position that I want to talk a lot about right now. There’s bigger, and more important issues than that position.”

The MLS trade window is around the corner

MLS will have a two-day trade window from November 11 to 13. Following a 10-week roster freeze, clubs will be able to sign and trade players. The Whitecaps have several players that could be potential trade chips.

“Depending on the opportunities that are out there. We’re going to be very attentive to what’s going to happen.”

What is the club’s MLS SuperDraft philosophy?

The 2020 MLS SuperDraft will take place in early January and Vancouver holds the fourth overall pick. In terms of picking by positional need or the best player available, Dos Santos has already set aside a strategy that they will look to follow through on.

Marc’s message to the fans

Dos Santos has made no secret that mistakes were made during his first season in charge. It’s that honesty that will endear him to fans, provided he can turn the ship in the right direction sooner rather than later.

“I think the mistakes that we’ve done with the club is always trying to justify to the fans, and putting expectations. I want to stay away from that.

“The only thing I can say is, we are changing a lot of things in the club. The scouting department, sporting director. That’s going to bring change, and everybody with the club is working really hard just to make the team better.

“We have to get better.

“My message to the fans is: we’re working very hard to make our roster better, and our team better.”